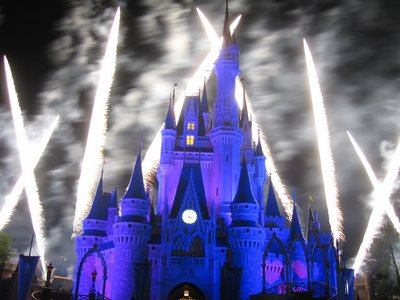 All About The Wishes Fireworks Show At The Magic Kingdom

Perhaps the most iconic structure in all of Walt Disney World is Cinderella’s Castle in the Magic Kingdom. It’s the home of Cinderella’s Royal Table Restaurant, and it’s the location for the Dream Along With Mickey show. It’s also the backdrop for the Celebrate The Magic projection show.

But while the castle is a busy place and plays many roles, perhaps the biggest and most memorable is as the center for the Wishes fireworks show. Officially called “Wishes: A Magical Gathering of Disney Dreams”, the fireworks extravaganza has been the capstone event of a day at the Magic Kingdom since October, 2003 (with, in my opinion, the other event that finishes off a perfect day being the Main Street Electrical Parade).

About The Fireworks Show

The show is hosted by both Jiminy Cricket (the friendly bug from Disney’s classic 1940 film Pinocchio) together with the Blue Fairy (who you might remember was the fairy who told Jiminy that he would be Pinocchio’s conscience).

Much more than just some fireworks, the Wishes show combines dramatic lighting effects, projection effects, and musical score that is a walk through some of Disney’s most famous movies.  Oh yes, there are fireworks too.

Jiminy tells a story about how he didn’t used to believe in wishes, but now he does.

The show includes twelve different pieces of music from these ten Disney movies:

Four people are often credited with the development of the show:

Are you a fan of the Wishes fireworks spectacular at the Magic Kingdom?