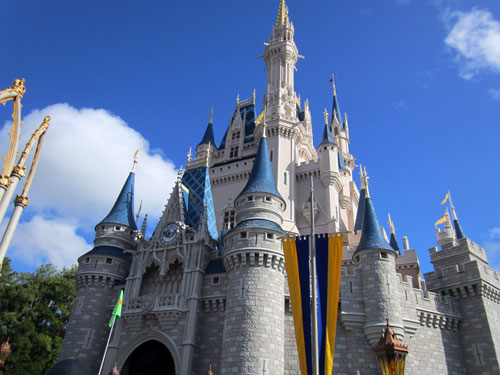 Win a Trip to Disney World from Joffrey’s Coffee

The Prize Winner, upon the Administrator’s confirmation of eligibility, will receive a 4 day/3 night trip for up to four (4) people to the Walt Disney World® Resort near Orlando, FL.

(a) up to four (4) roundtrip standard economy airfare tickets from a major commercial airport in the United States, near the Prize Winner’s primary residence and the Location, as determined by Sponsor (Sponsor reserves the right to substitute ground transportation for air transportation if the Prize Winner resides within 150 miles of the Location),

(d) one (1) $50 Disney Gift Card to cover the cost of Joffrey’s beverages throughout the vacation, and

(e) round trip ground transportation for up to four (4) people between the Orlando International Airport and the Walt Disney World® Resort (Via Disney’s Magical Express Service).

Special Considerations: Limit of one (1) entry per person.

Open To: Legal residents of the 50 United States, including residents of the District of Columbia, who have reached the age of majority in their state of residence at the time of entry (Sorry to the folks outside the USA, we don’t run this contest, we just report on it).

Would you like to win a trip to Disney World?