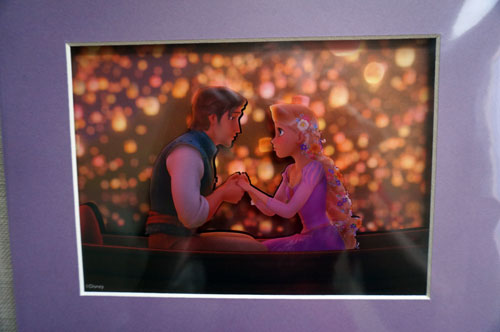 Way back in 2010 the Walt Disney Animation Studios released “Tangled.”

Can you believe it has been that long?

Did you know that Disney originally planned to call the movie “Rapunzel,” but later changed the name to “Tangled” so that it would be more gender neutral and not turn off boys?

The movie took six years to make, and the original director started the development process another eight years before that! That made the movie extremely expensive – it reportedly cost more than $250 million dollars, making it the most expensive animated film ever created and the fourth most expensive film – of any kind – ever. Disney gave the film a very unique style that included both computer-generated and traditional hand-drawn animation.

The investment paid off. Both critics and audiences loved the movie, and it became a hit that earned nearly $600 million for the Walt Disney Company.

One of the most stunning and memorable scenes from the film is when the sky is filled with glowing lanterns, and this week you can win a beautiful piece of art that commemorates this moment.

This sweepstakes ends April 24, 2015, so be sure to enter, share your entry with your friends, and encourage them to enter too. It will be a fun way to increase your chances of winning, and give your friends a chance to win too.

Would you like to win this stunning art from Disney “Tangled”?  Are you a fan of the movie?