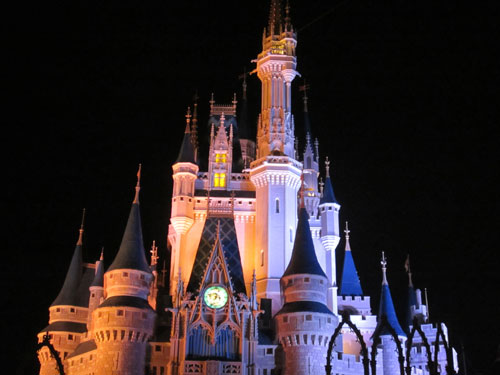 Sign Up Process: You have to do a bit of work to get into this contest, but the payoff would be incredible.

[3] one (1) night’s stay at the Cinderella Castle Suite in the Magic Kingdom® Park at Walt Disney World® Resort with select food and beverage snacks, including breakfast at Cinderella’s Royal Table;

[4] room accommodations consisting of one (1) standard room (with a maximum of four (4) persons in the room) for three (3) nights at a hotel at Walt Disney World® Resort selected by Sponsor in its sole discretion;

[9] admission for four (4) to a private after-hours party at the Haunted Mansion® attraction at the Magic Kingdom® Park at Walt Disney World® Resort (terms and conditions apply, party scheduled to occur sometime between January 19, 2015 and February 21, 2015, in Sponsor’s sole discretion).

Open To: Legal residents of 50 U.S./D.C. and Canada (excluding Quebec) (Sorry to the folks outside the USA, we don’t run this contest, we just report on it).

Would you like to win a private Haunted Mansion party and a night in Cinderella Castle?