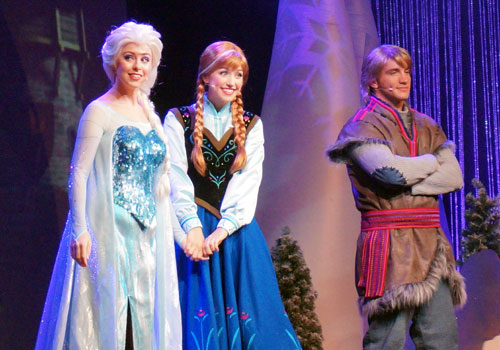 Win a Frozen-Themed Disney Cruise Line Vacation to Norway Worth $13,828

The Grand Prize winner will receive a Disney Cruise Line 7-NightNorwegian Fjords Cruise vacation for four (4) aboard the Disney Magic from June 6, 2015 to June 13, 2015 and consists of the following:

– All meals onboard the Ship (excluding alcoholic beverages and the Palo fine dining restaurant);

Open To: Legal residents of the fifty (50) states of the U.S. and the District of Columbia (“D.C.”), (excluding Guam, Puerto Rico, and all other U.S. territories and possessions), who are physically located and residing therein and who are eighteen (18) years of age or older as of the date of entry. (Sorry to the folks outside the USA, we don’t run this contest, we just report on it).

Would you like to win a Frozen Disney Cruise Line vacation?