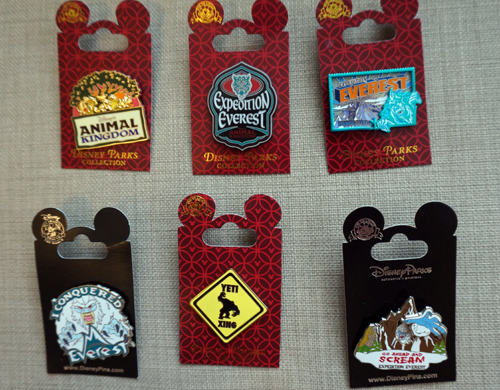 It’s more than 4,000 feet of fun: Expedition Everest. It took more than 10,000 tons of concrete and three years to build.

Built in 2006, the coaster made it into the 2011 Guinness Book of World Records. Why? It is the most costly roller coaster in the world.

Like everything at Disney World, Expedition Everest tells a story. The mountain itself is not a recreation of the world famous Everest Mountain but rather is a Disney-invented “forbidden mountain.” The forbidden mountain is home to the Yeti, or the Abominable Snowman that supposedly lives in the Himalayas.

When people bring up concerns about Disney’s supposedly declining maintenance standards, they often point to the Yeti.

The Yeti is Disney’s most complicated audio-animatronic ever. It stands an imposing 25 feet tall and can move both horizontally and vertically. It is a technical and artistic marvel, yet it hasn’t fully worked since just a few months after the attraction opened.

Instead of creating real motion, Disney puts a strobe-light effect on the creature. This is called “B-mode,” which some people have disparagingly called “Disco Yeti.” The strobe-light makes it seem that the Yeti moves even though it is still.

It seems that damage to the structure that holds the massive Yeti means that it can’t withstand the huge forces created when it moves.

After nearly ten years, why hasn’t Disney fixed the Yeti?

The Yeti, the roller coaster track, and the mountain exterior are actually three separate and independent structures. Each is built into the ground, and one doesn’t touch the other.

It was all carefully built using advanced scheduling software. Some rumors suggest there was a bug in the software that didn’t allow enough time for the concrete in the Yeti’s base to properly cure. To fix the Yeti, Engineering may need to disassemble the mountain. That will be expensive and time consuming.

Still, the Disney Imagineer who was in charge of building Expedition Everest, Joe Rohde, said at the 2013 D23 Disney Fan Convention, “I will fix the Yeti someday, I swear.”

The ride is still a blast. You only see the animatronic Yeti for a few moments, and he is actually easy to miss. Still, he is the main character and the stuff legends are made of – for many reason.

Let’s take a look at the Disney trading pins you can win:

This sweepstakes ends August 7, 2015, so be sure to enter, share your entry with your friends, and encourage them to enter, too. It will be a fun way to increase your chances of winning, and give your friends a chance to win, too.

Would you like to win Expedition Everest Disney Trading Pins?