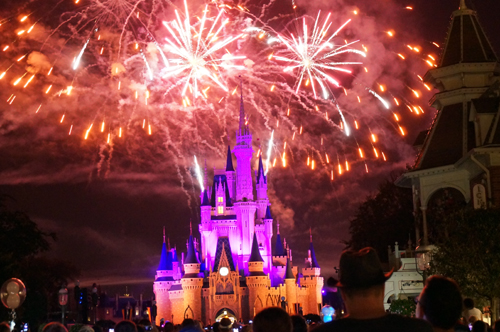 Win an Amazing Disney Vacation for Six Worth $15,885

One (1) Grand Prize: A trip for one (1) winner and five (5) guests to visit Walt Disney World® Resort near Orlando, Florida for four (4) nights. Trip includes the following:

Round-trip coach air transportation for six (6) between the major United States gateway airport closest to winner’s primary residence, as determined by Sponsor in its sole discretion, and the Orlando International Airport;

Room accommodations (one (1) two-bedroom suite or villa with a maximum of six (6) persons per suite/villa) for four (4) nights at a hotel at the Walt Disney World® Resort selected by Disney in its sole discretion (based on availability);

Special Considerations: There is a limit of one (1) entry per person/household/email address per day.

Open To: Legal residents of the fifty (50) United States and the District of Columbia (Sorry to the folks outside the USA, we don’t run this contest, we just report on it).

Who would you take with you if you won a free Disney vacation?