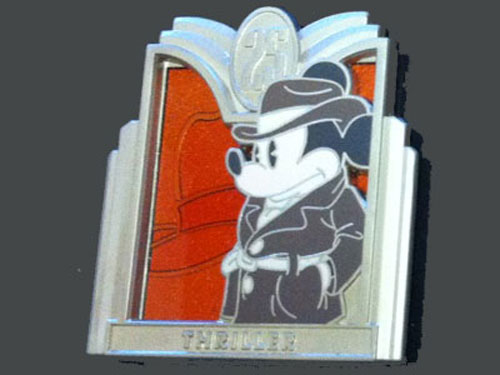 I’m not sure I know anyone who likes celebrations more than the Walt Disney Company. Whether it is the opening of a new attraction, the anniversary of a park, or giving out buttons, Disney loves a celebration.

Disney has plenty of different ways to celebrate, too. If you checked out the article earlier this week about the 25th Anniversary of Disney’s Hollywood Studios, you read that the celebration included a parade, a special cupcake, and a huge fireworks display.

Disney also celebrated with special merchandise. Some of the items were inexpensive, like t-shirts and Duffy the Disney bear dressed up in logo clothes. However, some were very expensive and unique, like special limited edition Disney Trading pins.

Would you like to win limited edition Disney Trading Pins worth $200?
Check out the entry instructions at the end of this article.

You might remember from the article about the 25th Anniversary of Disney’s Hollywood Studios that the lines to purchase merchandise were really long.

In my opinion, some of the most interesting and beautiful pieces of merchandise were limited edition Disney Trading Pins. I don’t know for certain, but with the huge crowds, I have to think that Disney sold out of many or all of the limited edition pieces quickly.

I purchased two individual limited edition trading pins for my own collection, each with a unique design:

I also purchased one pin set and one jumbo pin, and I’m going to give them to one lucky winner.

The “Boxed Super Jumbo” pin comes in a beautiful box that magnetically closes with the “25” in an oval. Inside is a large, detailed jumbo pin featuring Mickey Mouse, the number “25”, the years 1989 – 2014, and other characters including Donald, Pluto, and Goofy. This Super Jumbo was a limited edition of 250, so it is very rare. The retail price was $125, but I saw several of these super jumbos posted on Ebay with asking prices in excess of $400 for this one pin.

One lucky winner will get both the “Genre Set” and the “Boxed Super Jumbo” pin, which together cost more than $200.

You can enter to win these pins here. Plus, if you share your entry with your Facebook friends, you will get extra entries when your friends enter!

This contest ends June 30, 2014, so be sure to enter, share your entry with your friends, and encourage them to enter too. It will be a fun way to increase your chances of winning, and give your friends a chance to win too.

[Congratulation to the winner – Charlotte from Alabama.]

Click here to enter to win both the “Genre Set” and the “Boxed Super Jumbo” pin.

Would you like to win limited edition Disney Trading Pins worth $200?