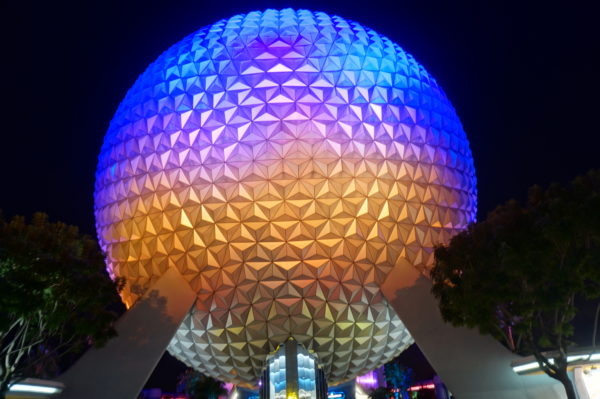 Will Spaceship Earth as we know it be Changing?

In November 2005, Siemens AG became the sponsor for Spaceship Earth in Epcot‘s Future World as part of a 12-year contract.

The next decade saw some major changes including:

Epcot’s 30th Anniversary came and went in 20012, but Siemens, one of the largest industrial manufacturers in the world, has remained the sponsor. Siemens sponsored Illuminations, and the company has also helped Disney develop several other technologies not only for the parks but also the ABC Studio sign located in Times Square, New York.

Just this week, Siemens and Disney have ended their contract and decided not to renew it.  The reasons are unknown.

This could mean some serious changes to attractions like Spaceship Earth, which ends with a section promoting Siemens products.

On the other hand, Disney is a pretty big player on their own, so they could just as easily remove the Siemens products and signs and or find another sponsor to take their place. After all, Epcot originally had sponsors for most all attractions.

However, at this point its fate is unknown.  It could be up for another minor refurbishment, or a major change.

Spaceship Earth:  Would you like a minor refurb, or a major change?