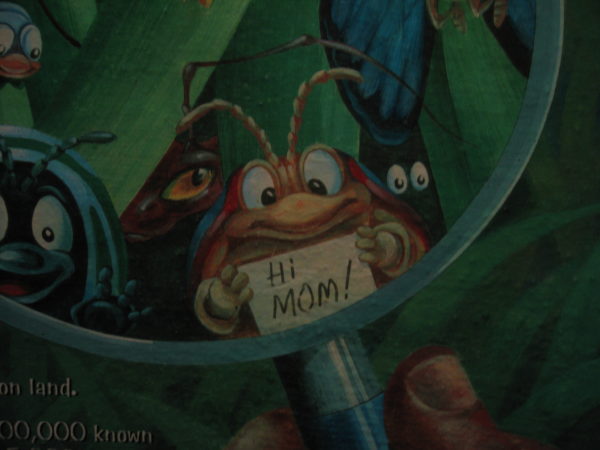 Hi Mom on poster at It's Tough to be a Bug

Why You Won’t Get Bug Bites in Disney World

Just about anywhere you go these days, you need insect repellent. Bugs are rampant, and there’s growing concerns of the diseases these critters can spread to human. What’s more, Florida, which is nearly a third wetlands, has a bigger problem than other states.

Don’t worry! Disney is the Most Magical Place on Earth, and the folks there do everything the can to minimize bug bites!

Just how do they do that? Well, it’s not just pixie dust! Let’s take a look.

Disney has a Mosquito Surveillance Program, which is actually part of the Department of Planning and Engineering in the Reedy Creek Development District, the governing body of Disney World, that works tirelessly to keep the guest experience and guests’ safety their top priorities.

Carbon dioxide, which is also in the air that we breathe out, attracts mosquitos. While this means they’re natural drawn to us, it also means they’re drawn to traps with the same element. Disney sets these traps all over property and retrieves them regularly then setting new ones. Disney then freezes the trapped mosquitos to determine all kinds of information about their population and determine how to best eradicate them.

Carbon dioxide traps aren’t Disney’s only way of collecting information though. They also use Sentinel Chickens. These chickens are placed in coops all over property (much like the traps and also out of guests’ view) and monitors their blood. Chickens naturally create an antibody to keep them from getting sick from mosquito-borne illnesses; if Disney finds this antibody in any of the chickens, they know that mosquitos were in the area and that they need to treat that area.

Once Disney figures out where the mosquitos are, using the carbon dioxide traps or chickens, they create a concoction of growth regulators that control their lifespan- basically, insecticide and pesticide. Disney sprays twice a day at sunrise and sunset when mosquitos tend to be most active. They typically cover nearly 90 miles each time and cover backstage areas.

Disney doesn’t want to spray these chemicals on or near guests, so they don’t spray where guests are unless there is a serious problem. Unfortunately, this means outdoorsy areas like Disney’s Fort Wilderness Resort, Disney’s Animal Kingdom and Disney’s Animal Kingdom Lodge are treated less so as not to interfere with the guest experience.

Disney does, however, place guest safety above experience, so in the case of an outbreak, Disney will caution guests as they’re checking into Disney resort hotels to wear clothes that cover arms and legs, apply insect repellant, and avoid outside activities during sunrise and sunset. In extreme cases, they’ve even closed water rides and moved nighttime shows like Spirit of Aloha at Disney’s Polynesian Resort indoors.

Of course, these efforts are not limited to Disney World, but Disney seems more attentive, purposeful, and exacting than others.

Does Disney World do a good job at controlling bugs?