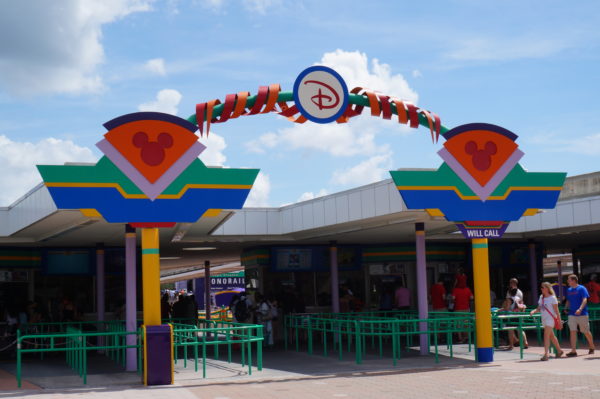 The rivalry between Disney and Universal dates all the way back to Walt Disney himself and his creation of Oswald the Lucky Rabbit.

Today, the Disney vs. Universal rivalry is alive and well – especially in Orlando where the two companies complete for theme park visitors. Disney’s four theme parks have been on top of the attendance rankings for decades, but shareholders have worried recently that Universal Orlando is gaining ground.

When Universal opened its Wizarding World of Harry Potter in 2010, it was a game changer for the Islands of Adventure Park. Attendance doubled, and the theme park giant had to build new hotels to accommodate the influx of guests. They even added another Harry Potter experience in the form of Diagon Alley. The two areas are  connected by Hogwarts Express.

It may seem like Universal is gaining an upper hand, but Disney World has confirmed some of their own game changers as announced at the 2017 D23 Expo: new attractions, resorts, and transportation offerings are coming in the next few years.

Let’s take a look at the top five reasons why Universal Orlando can’t catch up to Disney World now.

It is true, and you’ve probably seen experts cite recently, that Disney World has had a slow growth over the last few years. Some attribute this to increasing ticket prices, which has angered some potential guests who refuse to pay the high cost.

That said, Disney is poised to invest billions more across its Orlando-based resort.

Pandora in Disney’s Animal Kingdom may not have been the huge hit that Disney had hoped. It is, however, impressing guests and gaining rave reviews of its E-ticket attraction, Flight of Passage. It has increased attendance overall and things will normalize.

The real value of Pandora, though, is that it was finally able to do what Disney Parks have been unable to do for nearly a decade: compete with The Amazing Adventures of Spider-Man in Universal Orlando and Universal Japan. Flight of Passage is comparable in technology and thrill and brings Disney World into the 21st century.

Disney World is now working on the busiest expansion period in recent history.

Toy Story Land in Disney’s Hollywood Studios is shaping up quickly and is set to open in the next year as a preview of what’s to come. Star Wars: Galaxy’s Edge will open a year later in 2019, and a Star Wars-themed hotel has also been confirmed. This immersive resort will be unlikely anything anywhere in this galaxy!

On the other side of Epcot in Future World, Disney executives say Imagineers have been instructed to “dream big.” The first evidence of their dreams that we’ll see will likely come in the form of the announced Guardians of the Galaxy attraction that will replace Ellen’s Energy Adventure in the Universe Of Energy Pavilion.

Magic Kingdom will also see a much anticipate and widely rumored update in the form of the Tron Lightcycle Power Run. This attraction has received incredible reviews in Shanghai Disneyland, and we’ll finally get to experience it when it is built between Space Mountain and Tomorrowland Speedway. It will also  make Tomorrowland more exciting.

Besides these big investments mentioned above, which admittedly are big, Universal has made only nominal changes around the rest of the parks.  Some of these changes have earned mixed reviews, including Skull Island and Race Through Near York Starring Jimmy Fallon. The Fast and the Furious attraction, which will open next spring, has received very little coverage because many people are concerned that this will be a simple update an existing attraction system.

That said, Universal isn’t slowing down.  Super Nintendo World, which is Universal’s next big project, will open in Japan in 2020 and, possibly in Orlando later. Universal has already purchased large plots of land surrounding the current resort.

The the 50th anniversary of the resort in 2021, Disney World will be basking in the success of their additions and enhancements – many of which are already in process and the others can happen relatively quickly since Disney already owns the land and can act quickly given their own private government.

In the end, all of us who are theme park fans win when Disney and Universal battle it out to provide bigger and better experiences for us all to enjoy.

Disney vs. Universal:  Who is winning?