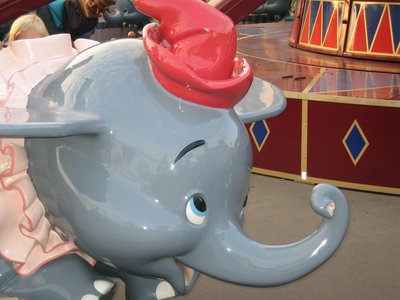 Why Pixie Hollow Is Out And Storybook Circus Is In

When the Magic Kingdom Fantasyland expansion was originally announced in September 2009, there were plans for a Pixie Hollow section – featuring a greeting area with Tinker Bell and her fairy friends. According to the Orlando Sentinel, this section was scheduled to open in 2013.

Over time the plans for the largest expansion of the Magic Kingdom have changed. That is typical with most Disney projects. Some say that good ideas never die at Imagineering – although they may take decades to see the light of day.

But what is the story that lead to this Fantasyland change?

The original plans for the Fantasyland expansion were heavy on Princesses and Fairies. And there was good reason for that. Some would argue that the Magic Kingdom was actually light on themes that were of interest to girls. After all, you can spend plenty of time in that park focused on pirates, the Wild West, aliens, and ghosts.

Plus, Disney made huge amounts of money from girls outside the parks. According to Disney Consumer Products, the Disney Princess franchise generates $4 billion in yearly retail sales on top of more than $2 billion in movie box office sales. And revenue from Disney Fairies was on a roll too, with Tinker Bell being the number one animated character for girls aged 6-14.

But plans were about to change.

Back in November 2009, not long after the official Fantasyland expansion announcement, Disney CEO Bob Iger announced an interesting job swap. Tom Staggs, who was the top financial person, traded jobs with Jay Rasulo, who was then the leader of parks and resorts.

Now that Tom was in charge of Disney’s parks, he took a second look at the Fantasyland expansion plans. He noticed that the company was planning to spend $425 million for some great attractions that would appeal to girls, but that there would be little new for boys. Since Tom had two sons of his own, this may have been even more apparent to him.

Another perspective that Tom brought to the job, given his background as Disney’s Chief Financial Officer, was his understanding of the way the Magic Kingdom generated profits. The huge County Bounty merchandise store, located in one of the giant circus tents in Mickey’s Toontown Fair, had huge sales. In fact, it had the second highest level of sales in the park – next to the Emporium on Main Street USA. So according to Jim Hill, Tom ordered that the store – which will be renamed Big Top Souvenirs – be preserved.

So the Imagineers went back to the Disney art archives and found plenty of inspiration in drawings done for a Disneyland Fantasyland expansion which had a circus theme – and never happened.

With orders to make the expansion more balanced for girls and boys, the Imagineers also dusted off another old idea. Back in the 1990s there were plans to expand Euro Disneyland (now known as Disneyland Paris) with a Snow White mine train ride. However, since that park wasn’t doing well financially, those plans were shelved in exchange for less expensive upgrades.

So Disney already had plenty of the groundwork done for the huge new mountain that will become the Seven Dwarfs Mine Train – a family-friendly steel roller coaster that, according to WikiPedia, will run both inside and outside a new mountain.

For those who have little girls that will visit the Magic Kingdom, there is no need to worry that Fantasyland won’t have enough to do. On June 2, 2012 Disney closed the Snow White’s Scary Adventures attraction to make way for a Princess meet and greet. Princess Fairytale Hall will open in that location. And the expansion will feature a ride with The Little Mermaid and an area with characters from Beauty and the Beast. So there should be plenty for boys and girls of all ages to enjoy.