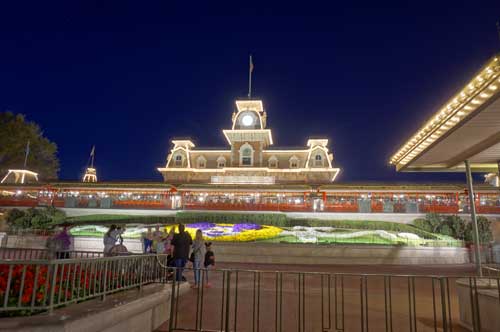 Walt may have grown up liking trains, but much of the credit for fueling Walt’s love of trains as an adult can be given to a man named Ward Kimball and his wife, Betty.

In the 1930s, trains were very popular and a sign of wealth. Ward, one of Disney’s animators, had a collection of trains and he was looking for a new way to accommodate his growing hobby. He and Betty decided that a train would be most appropriate, so they purchased a train car, which they stored at their home.

They then determined that, since they already had the car, all they needed was a steam locomotive, and in 1937, the couple purchased a Nevada Central Railroad from Battle Mountain, Nevada for $400 that was being taken away for scrap.

Ward and Betty gave the 1881 coal burning locomotive a makeover restoring it to its original glory and named the locomotive Emma Nevada after an opera star from the area. In May 1943, Kimball steamed up his locomotive and proceeded to have several other steam-up events including one on October 20th, 1945, during which Walt Disney was named Chief Engineer.

This isn’t to say that Disney didn’t have an interest in trains before he was Kimball’s Chief Engineer.  Long before Disney met Kimball, Walt was inspired by his uncle, a steam locomotive engineer, to get a summer job selling newspapers, candy, fruit, and soda aboard the railway.

His love of trains then grew over the years.

In 1950, Walt built his own railroad in his backyard and named it Carolwood Pacific Railroad for the street on which they lived in Holmby Hills, California. The railway was a half-mile long and looped and criss-crossed the yard and the house.

Walt’s wife, Lillian, would not let him build the track through her flower beds, so he tunneled underneath them instead.

When Walt’s Disneyland Park opened in Anaheim, CA, in 1955, it seemed only natural that one of the premier attractions would be a railroad. Just four years later, on June 14th, 1959, Walt opened the monorail, which was, in itself, a marvel of the time – a new kind of train for a new era of transportation.

Today, Disney theme parks around the world have train attractions. Monorails grace Disneyland, Walt Disney World, Tokyo, and Hong Kong. Both Disneyland and Disney World have Main Street Vehicles, and Disneyland Paris has horse-drawn street cars. Although Shanghai Disney doesn’t have a train in the park, it does have direct access to the Shanghai Metro.

The Walt Disney World Railroad has three stops including Main Street, Frontierland, and Fantasyland. The 1.5 mile ride on this narrow-gauge track takes 20 minutes for a round trip, but it’s also a great way to get from the front of the park to the back of the park without walking through the crowds. Plus, it’s fun to see the park from a different perspective. The trains range from 1916-1928, and are named after significant figures in the creation of the Disney parks including Walter E. Disney, the Lilly Belle (named for Walt’s wife, Lillian), Roy O. Disney (Walt’s brother), and Roger E. Broggie (one of Disney’s Imagineers).

Disney loved trains and everything that came with them – from the smell of the engines to the details in the uniforms. The next time you’re in the Disney parks, be sure to hop aboard the train and think of Walt’s love for them.

Do you take in the trains in the Disney Parks?