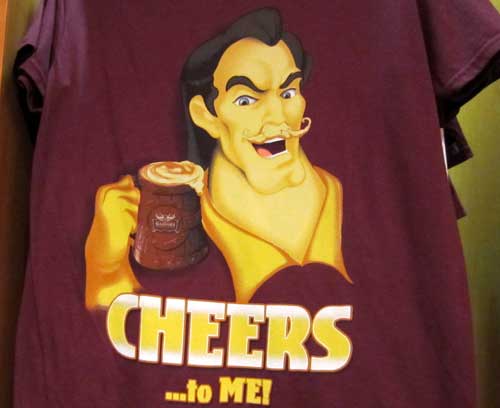 Who Is The Baddest Disney Villain Of All Time?

Which Disney Villain would take the crown in a battle royale? Would Ursula overpower the Queens of Hearts with sorcery? Could Captain Hook outfox Cruella de Vil? Would Gaston find a way to outmuscle them all? (Doubtful. I don’t like his chances against Jafar.)

It’s time to settle the debate and name the BOAT – the “Baddest of All Time”! World of Walt contributor Topher Goggin, who helped inspire the popular B.Y.O. Beverly shirt, is running a March Madness-style “Tournament of Disney Villains” as part of his Not Your Mother’s Goose podcast. The winners will be picked by fan vote, and Topher has asked the supporters of World of Walt to lend their expertise to the voting process.

Click here to cast your votes in the first round! In the “Old School” region, #1 seed Maleficent and the #2 seed Evil Queen have byes, then #3 Captain Hook battles the #6 Queen of Hearts, and #4 Cruella de Vil takes on #5 Shere Khan. On the “New School” side, #3 Scar squares off against #6 Hades, and #4 Gaston is matched up against #5 Randall Boggs. #1 Jafar and #2 Ursula have byes to the second round. 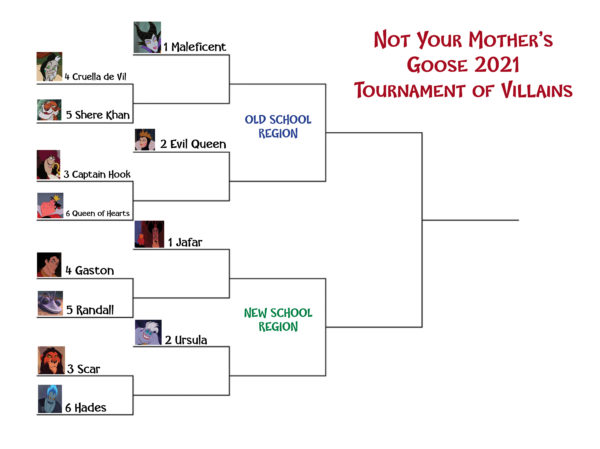 First-round voting is open until July 18. For funny “analysis” of the matchups, plus other fun stuff from Disney stories and other fairy tales and nursery rhymes, you can listen to the show here. In fact, if you check out Episode 10, you can hear yours truly, Herb, doing a fun segment of humorous made-up Disney “news” that Topher and I put together.

Who Is The Baddest Disney Villain Of All Time?