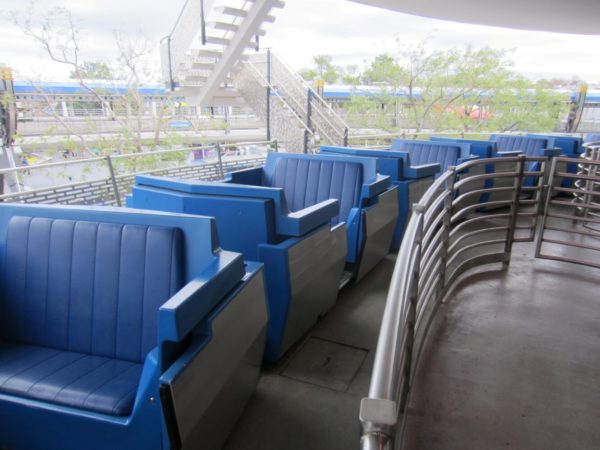 We knew that there would be some hiccups over the first few weeks of Walt Disney World’s reopening, but one attraction’s absence has us a little concerned.

Since the Magic Kingdom’s reopening on July 11, 2020, Tomorrowland has featured one less attraction, the Tomorrowland Transit Authority PeopleMover. The attraction, which has long been a fan favorite, has not been in operation since March 2020. This means that the Mover has not looped Tomorrowland since before the COVID-19 closure.

Guests have been disappointed to find that the status of the PeopleMover has changed from Temporarily Unavailable to “This Attraction Is Not Operating Today”. What either one of these statuses means long-term is unknown.

Fingers crossed that the Magic Kingdom’s PeopleMover does not face the same fate as Disneyland’s. Unfortunately, even in a pre-COVID-19 park, the attraction was routinely facing closures for a number of reasons, with orange cones replacing guests when issues would arise.

The status of the Tomorrowland Transit Authority PeopleMover has again changed. Walt Disney World’s official website now shows that the PeopleMover is listed as Temporarily Close-Closed For Refurbishments. It is still unclear how long the attraction will be down for.

Would you miss the PeopleMover if it were gone?