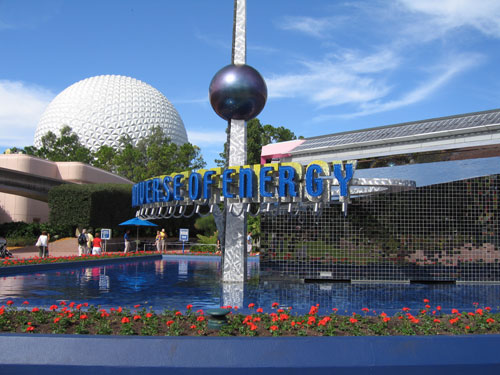 Eight Places to get your Dinosaur Fix in Disney World

I haven’t met a person who doesn’t like dinosaurs. They’re exciting, awesome, and interesting creatures. Sure, they might have been really scary in their day, but we’re far enough removed from them now that we just think they’re totally cool.

Not many people associate dinosaur sightings with Disney World, but there are quite a few places where fans can get their fix. Let’s take a look at eight places to see the dinosaurs in Disney World.

This restaurant café in Disney Springs is a fun, American style table-service dining location. If it reminds you of the better known Rainforest Café, that’s because it’s by the same group. You’ll experience intermittent meteor showers, animatronic animals that grunt and roar, and an over-all neat atmosphere.

T-Rex may not have the best cuisine in Disney Springs, but the themed rooms make for an enjoyable family experience.

After dinner, head over to the Paleo Zone where budding paleontologists can dig for fossils or to the Build-A-Dino section sponsored by Build-A-Bear.

When the Imagineers first conceived Disney’s Animal Kingdom, it was to be a place of “real, ancient, and imagined” creatures. That means dinosaurs!

The most exciting place in Animal Kingdom to see dinosaurs is at the Dinosaur attraction in Dinoland. The entertaining pre-show leads to an exciting time-travel sequence where riders go back millions of years to capture and bring back an iguanodon.

This totally immersive experience is a pretty bumpy ride, but anyone who likes dinosaurs and can handle the bumps will enjoy the storyline of this ride!

The Boneyard, also in Animal Kingdom’s Dinoland USA, is an educational experience cleverly disguised as a playground. Kids under 10 can explore caves, climb on rocks, cross rickety bridges, and whizz down twisty slides. They can also uncover a wooly mammoth skeleton preserved in the dirt. This is a great place for the parents to take a breather while the kids burn some energy! Don’t worry: there are plenty of Cast Members around to ensure their safety!

Restaurantosaurus, as the story goes, is the former dormitory cafeteria for paleontology students. These young entrepreneurs turned their cafeteria into a tourist attraction and placed all of their trinkets throughout the cafeteria for people to look at. It makes for a visually interesting and unique dining experience.

As Animal Kingdom’s quick-service “burger joint” serving up burgers, hot dogs, chicken nuggets, etc., this isn’t going to be high-class dining, but it does fit the theme. If you can’t appreciate kitschy humor, it’s probably best to stay away from the dinosaur-themed locations at Disney World!

Speaking of kitschy, Dino-Rama is about as close as you’re going to get to a cheap carnival experience. It may seem out of place in Disney World, but that’s because it’s meant to.

As the story goes, Chester and Hester, a husband and wife, owned a gas station in a small farm town. When someone discovered dinosaur bones in the area, college students started coming to the area to study. Soon the Dinosaur Institute was built and began offering tours to non-professionals. When Chester and Hester realized everyone else was making a killing while they were still only making a meager living selling gas, they decided to start selling souvenirs and eventually increased their stake by setting up a carnival off the side of the highway.

Soon, they were making a fortune too. Rides like TriceraTop Spin and Primeval Whirl along with midway games offering prizes for playing were a great way for them to cash in on the number of tourists in the area. After almost “80 years”, Dino-Rama is still going strong as it sits in Animal Kingdom today.

Gertie the Dinosaur in Disney’s Hollywood Studios is one of the most popular photo locations in the Studios. She’s situated on Echo Lake, and guests can visit to buy ice cream and snacks.

Gertie is modeled after Gertie the trained dinosaur, one of the first animated characters. Though not created by Walt Disney, she is a major contributor to the industry.

Ellen’s Energy Adventure inside the Universe Of Energy Pavilion in Epcot‘s Future World follows Ellen DeGeneres in a dream sequence. She is playing Jeopardy against an old high school rival when she gets a question about energy that she can’t answer. Fortunately, Bill Nye the Science Guy comes to her rescue. He takes her on a journey through time to learn about the past, present, and future of energy. Within this attraction are several animatronic dinosaurs that aren’t as scary as the ones in Dinosaur. If you have little ones that aren’t quite ready for the intense Dinosaur experience, Ellen’s Energy Adventure is a good place to go!

There’s not much of a story to be had here, but buried in the side of Big Thunder Mountain Railroad in Magic Kingdom‘s Frontierland is a full dinosaur skeleton. Can you spot it as you buzz around the mountain?

Are you a fan of dinosaurs at Disney World?