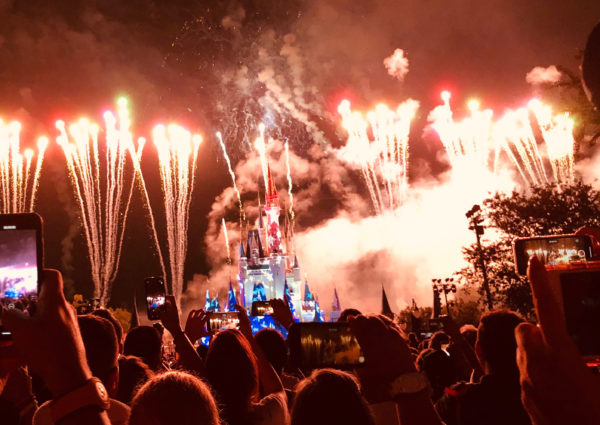 When Will Disney World Restart Shows? When It Makes Financial Sense

Disney World vacations are not what they used to be. If you’ve visited Disney World since it reopened in July, you might have experienced reduced crowds and shorter wait times, but you also might have noticed the cancellation of parades, fireworks, and nighttime spectaculars.

Why did Disney cancel shows?

During the extended closure due to the pandemic between March and July, Disney lost billions of dollars in revenue. Even after the parks and resorts reopened, they had to return money for canceled tickets and annual passes, reduce capacities by implementing a park reservation system, and cancel resort reservations.

It doesn’t take an accountant doing a formal cost-benefit analysis to determine that it’s not a good time to spend extra money. And, Disney’s shows are expensive! Reports suggest that Disney spends around $50,000 per day on fireworks and effects. That doesn’t include the staff required to run the shows and control the crowds.

So, when it comes down to it, Disney probably canceled the shows because of both safety and money, which shouldn’t surprise anyone.

When will Disney bring back shows?

In short, Disney will bring back their shows when it makes financial sense to do so.

They’ve spent a lot of time and money trying to convince guests that the parks and resorts are safe after a nearly complete overhaul of operations to allow for social distancing.

This overhaul is one thing in queue lines, but it’s a completely different thing during these shows and parades that draw huge crowds during every performance! Instead of spending more time and money to figure out a way to distance crowds during shows, it was more cost-effective to just cancel them all together – even if that meant guests might also cancel their vacations until the shows return.

Disney wants you back just as much as you want to go back, but it’s likely that they’ll wait at least a few more months before they make a determination. Why? Because a big election is coming, and if that election results in a change in administration, new rules could be passed down from the federal government regarding health regulations.

Too much cost, too many unknowns

If Disney believed bringing back the fireworks and shows would bring back the crowds and that they could safely handle the crowds, they would bring them back.  However, at this point, it isn’t worth the expense especially when they might have to change their plan in the next few months.

Disney will eventually bring back their shows.  We will (hopefully) return to normal sooner rather than later, but Disney will not make any determinations until they know that the extra money spent on resources will be worth the investment. Until then, it’s simply easier – and smarter – for Disney to delay the reintroduction of shows.

When Disney World shows can return in their previous grandeur, Disney will bring them back. And hopefully, they’ll be better than ever!  After all, work continues even now on Harmonious at EPCOT – which I can’t wait to see.