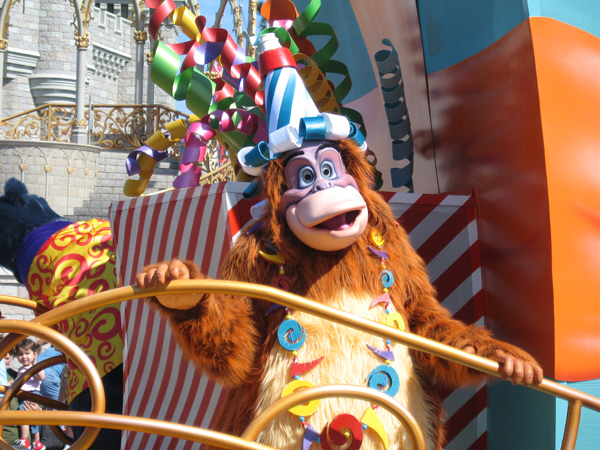 When to Visit Disney World in 2017

Disney World has worked hard over the last couple decades to create reasons for people to visit the Florida theme park during notoriously slow times. The product has been things like the Epcot International Food and Wine Festival, Epcot Flower and Garden Festival, Star Wars Weekends, and holiday-themed parties.

Now, it seems like Disney World is busy or busier, but there are some periods of time that are perfect for those who want good weather and small (relatively speaking) crowds.

Let’s take a look at the best times to visit Disney World in 2017.

The beginning of January is one of the busiest times of year with New Year’s Eve visitors still hanging around and Disney World Marathon runners arriving for their big weekend.

But most of January happens to be pretty slow. The three-day weekend observing Martin Luther King Day can see a slight uptick in crowds, but it’s still a good time to visit if you need to accommodate school schedules.

February is another pretty slow month in Disney World. Specifically, the first few weeks are a great time to go. The weather is cool and the crowds are low.

Avoid the last week of February when runDisney hosts the Princess Half Marathon.

The rest of March and the early part of April see Spring Breakers descending on Disney World during their school breaks. Not only will this period of time see families with school-aged children, but there will also be an unusually high number of college students as well. If this doesn’t sound like a relaxing vacation to you, avoid these few weeks.

The last couple weeks of April and the early part of May fall nicely between Spring Break and Summer Vacation, two of the busiest times of the year at Disney World. This is a great time to visit the parks because most kids and college students are hard at work finishing up their school year. If your kids aren’t old enough for school, if you don’t mind taking your kids out of school, or if you don’t have to worry about school schedules, this is a great time to go!

As a bonus, the Epcot Flower and Garden Festival is well underway at this time, and the park is beautifully decorated. The weather is also fantastic.

Early August still sees some pretty large crowds as families are trying to squeeze every last drop out of summer vacation. However, once the kids go back to school in mid to late August, the crowds shrink to some of the lowest of the year. If you can deal with the heat of the Florida summer still lingering, this is a good time to visit for short wait times.

September is a good month to visit because the kids are back in full swing at school. However, the best time to visit in September, especially if you have to work around school schedules is the Labor Day weekend, which has the lowest attendance of any three-day weekend of the year.

There is one variable that could change that trend this year though. The Epcot International Food and Wine Festival begins two weeks before Labor Day this year. However, since this festival tends to draw older visitors, it shouldn’t be too bad especially in Magic Kingdom, Disney’s Animal Kingdom, and Disney’s Hollywood Studios.

As with the other school-time months, October sees pretty low crowds, but people are starting to gear up for the holiday season beginning with Halloween.

If you’d like to visit in October, plan to come toward the beginning of the month. You’ll still get to enjoy the Halloween decorations and activities. You might even want to consider getting tickets to Mickey’s Not So Scary Halloween Party. Attendance is limited during this hard-ticketed event, so lines are short. There are also some special characters that come out during this event only.

The beginning of November sees the Food and Wine Festival winding down plus runDisney hosts the Wine and Dine Half Marathon. The end of November is one of the busiest times of the year as people celebrate their Thanksgiving break.

There’s a small period of time between November’s beginning festivities and the end that is perfect for holiday visitors looking for low crowds. You’ll get to enjoy the Christmas decorations and festivities without spending the high prices for Thanksgiving break.

Christmastime sees some of the highest crowd volume of the year. Some people even say it’s the busiest. However, early December is pretty slow since students are still finishing up classes for the semester. This is another great time to enjoy the Christmas events without spending a fortune and dealing with lots of people and impossible wait times.

When is the best time to visit Disney World?