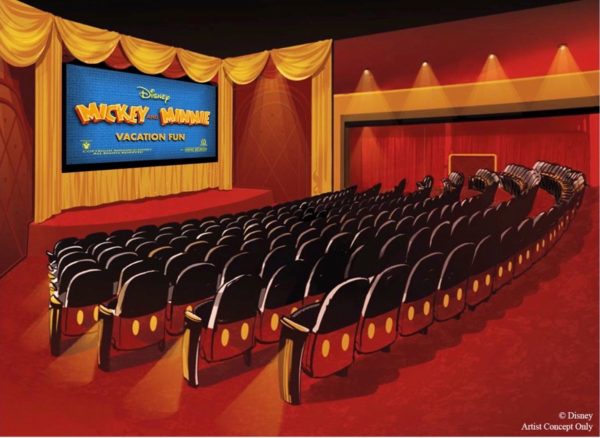 What’s Next for Disney’s Hollywood Studios?

Even with these huge projects now complete, Disney still has more plans for additions at the Studios.  After all, Walt Disney World is preparing for a record number of visitors for the 50th Anniversary celebration in 2021. With the masses pouring into the parks one thing is clear: all of the guests are going to need somewhere to eat and new things to do.

During the multi-day media events surrounding the opening of Rise of the Resistance last week, which I was able to attend courtesy of the nice folks at Disney Media Relations, Disney shared some exciting news about other projects that are in the works including details on multiple upcoming restaurants.

Disney’s Hollywood Studios recently saw the opening of Docking Bay 7, a Star Wars-themed counter service restaurant and a handful of snack kiosks that opened in August. Not to be outdone, Toy Story Land will add a sit-down BBQ restaurant, Roundup Rodeo BBQ opening during 2020. Disney has opted for a cardboard-box theme on the outside of the newly constructed building. The entrance will be nestled between two Tinker-toy lights and will be located behind the giant Woody figurine near the main entrance.

Also arriving at Disney’s Hollywood Studios early in 2020 is the new Mickey Shorts Theater. As you can see from the new artist concept rendering below, the interior of the theater will mimic the fun of the Disney Channel cartoon series. You will see an original short in the same style and also have the chance for unique photo opportunities in special locations.  It will be a great intro before riding the new Mickey & Minnie’s Runaway Railway.

Next year, 2020, promises to be a huge one for Mickey Mouse at Disney’s Hollywood Studios. In addition to the theater experiences, the park will unveil Mickey and Minnie’s Runaway Railway, scheduled to open March 4, 2020. This will be the first Disney ride-through attraction featuring Mickey Mouse and Minnie Mouse and will draw guests inside a Mickey cartoon for a fun-filled adventure where “Mouse Rules apply” and anything can happen.  With new projection mapping technology that put you in the middle of the action, this one looks to be a lot of fun.

It’s all coming to Disney’s Hollywood Studios during 2020. Make plans now as we eagerly anticipate all of the new experiences leading up to the 50th-anniversary celebration in 2021.