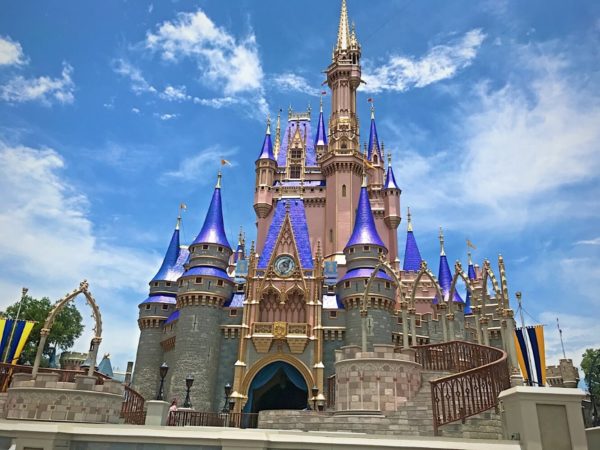 The new colors on Cinderella's Castle.

The news updates out of Walt Disney World over the last few months have either been super exciting or, unfortunately, news of cancelations and delays.

With all the uncertainty around COVID-19, a big question is where does the Disney World’s 50th Anniversary Celebration fit into the current environment of Walt Disney World and the Company as a whole?

Orlando Weekly recently helped to shed some light on where exactly we sit. It seems like it’s a bit of a grab bag of both negative and positive news.

The 50th Anniversary of Walt Disney World has long been the reason for many of the changes (non-COVID related) that Disney has planned and executed for years. To say that the 50th is a big deal to the company both monetarily and historically is an understatement. New shows, attraction overhauls, and the Castle paint job are just some of the major changes at WDW in preparation for the 50th. The year+ long celebration will surely be something to remember!

Do you plan on going to WDW during the 50th celebration?