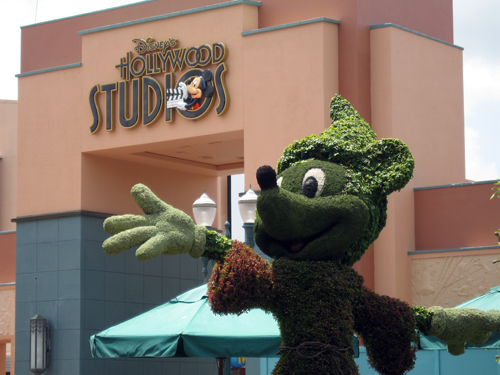 Why so many changes?

Since Universal Studios opened in June 1990, a rivalry has existed with its big brother, Walt Disney World, which is significantly older. This, however, is mostly a fan-created rivalry considering that Walt Disney World took out a full-page newspaper ad welcoming Universal Studios to the area on the opening day. Fans are usually stubborn to visit the rival park, though.

Universal Studios, owned by Comcast, has taken advantage of hugely successful franchises like Despicable Me, and its lovable little minions, and Harry Potter and reaped the profits. Now, Walt Disney World is looking to follow suit.

Although Walt Disney World is, in many ways, much larger than Universal Studios. Disney hopes the changes coming to its Florida property will bring more guests in, make them stay longer, and lead to larger yearly revenue. The competition may be unspoken, but it’s pretty obvious.

The park has undergone a few changes since its opening including changes to its main icon. The Earffel Tower represented the park until 2001 when a Sorcerer’s Hat like the one from Fantasia replaced it. The Hat was removed in January 2015 and was a symbolic end to Hollywood Studios as we know it. When Disney CEO Bob Iger toured the area not long ago, it seemed that the project went from the planning to the construction stage pretty quickly.

Many attractions including Captain Jack Sparrow, the Backlot Tour, the American Film Institute, and The American Idol Experience (with a Frozen Sing-a-Long serving as a place holder now) have been closed permanently. The Magic of Disney Animation closed on July 12th, 2015, but there is no word as of yet whether this is a temporary or permanent closure. Voyage of the Little Mermaid will be closed briefly from September 7-10 for minor refurbishments.

There are also many rumored closings including One Man’s Dream (later this year), Indiana Joes Epic Stunt Spectacular (next year), Lights, Motors, Action (no date), and Muppet Vision 3D (no date). With all of these closings, there isn’t much left, and Hollywood Studios has become less than a half-day park.

During an annual shareholder meeting in March 2015, a 6-year-old child asked Iger if Hollywood Studios’ name might change. He answered, “It’s not announced. We used to be MGM Studios, we changed to Hollywood Studios and we’re doing some significant work there right now that I guess will result in a name change.” We still don’t know what the new rebranding will entail, but a possible new name is Hollywood Adventure mirroring Disneyland’s California Adventure.

This would make sense. The movies theme would continue, but many think the newly remodeled park will virtually put guests into the movies with new lands for Star Wars and Toy Story.

Toy Story Midway Mania is already being expanded with a third track, which will hopefully help with huge crowds and long wait times for this hugely popular ride. Other Pixarland attractions may include a Carsland, or a Monsters Inc., Incredibles, or Finding Nemo-themed attraction. A Ratatoullie ride like the one in Disneyland Paris is also rumored

Disney has already said that it will expand their ties with Star Wars, and Hollywood Studios seems like a logical place to do just that. Star Wars Land could including new shopping and eating options like a Character Dining experience and more permanent fixtures from Star Wars Weekends. It is also expected that at least one new attraction will be build possibly taking over the area of the American Idol Experience and Muppet Vision.

The whole project is estimated to cost between $1 and $3 billion dollars and take up to 10 years. Many Disney fans are hoping they don’t have to wait that long to see the much anticipated renovations.

What changes do you hope to see at Hollywood Studios? What do you hope doesn’t change?
Leave your comments below.