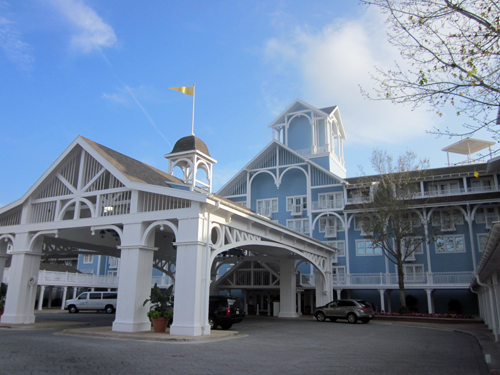 After opening Disneyland in Anaheim, California, Walt Disney decided that he wanted to continue building his brand in a larger area. In November 1963, Walt flew over Orlando for the first time and was pleasantly surprised by the well-developed infrastructure including roads and an established airport.

The Florida Project, as it was called at this time, began buying large areas of land under false companies to avoid the public questioning the intentions of one company buying so much land. Most of the over 27,000 acres purchased were swamp lands, so owners were happy to sell it off. Disney also purchased the mineral rights from Tufts University to prevent Tufts from demanding buildings be torn down to access the minerals underground.

In 1965, Walt Disney announced his intentions in Orlando calling it the Florida Project. Just one year later, he died of lung cancer. One year after that, under the supervision of Roy O. Disney, construction began on Walt Disney World Resort. In 1971, Walt Disney World opened for guests with Magic Kingdom as the only park and three resort hotels including Disney’s Contemporary Resort, Disney’s Polynesian Resort, and Disney’s Fort Wilderness Resort and Campground. Walt Disney World was built to mirror the popular Disneyland Park in California, but it was much larger and had room for expansion. Roy Disney died shortly after the resort opened, but construction continued with various resorts, shopping areas, and parks opening almost yearly.

DisneyQuest will close in 2016 to make way for The NBA Experience, which will feature new interactive elements and a restaurant. DisneyQuest was originally intended to be a chain, but when the Chicago chain failed, the plug was pulled on the whole project.

Roadwork also continues to make way for more guests and improve parking problems that have existed for quite some time. Buena Vista Drive roadwork will continue through March 2016, and Entrance 2 Parking Lots A through G are set to open on August 1st, 2016.

Many of the hotels opened in Disney’s early years and are now in need of a makeover.

Disney’s Beach Club Resort, which opened in 1990, will receive updated guest rooms through August 2015, and construction at the Polynesian Village Resort (1971) will continue through early 2016.

Disney’s Contemporary Resort Feature Pool will close from September 8th through 10th for refurbishment. Coronado Springs Resort, built in 1997, recently closed its Fitness Center, Salon, and Casitas Leisure Pool, but they are all set to reopen on October 13th, 2015. Disney’s Grand Floridian Resort & Spa, 1988, will also receive some renovations. Gasparilla Island Grill will be closed from August 23rd, 2015, through October 5th, 2015. During this time, guests can enjoy breakfast at Beaches Pool Bar.

When Disney Springs is completed, it promises to be a world-class shopping district complete with fabulous dining and even a few attractions. The future areas will be called The Marketplace, The Landing, The Town Center, and The West Side.

The biggest thing to come to Disney Resorts recently is the over water bungalows at Disney’s Polynesian Village Resort. Villas and studio suites were also added along with a pool makeover and new restaurants. Wilderness Lodge is next to receive the five-star treatment.

Disney’s focus is on keeping guests in the resorts longer and getting them to spend more money. Some fear that Disney will price themselves out of many family vacation budgets, though.

What changes do you hope to see at the Walt Disney World Resorts? What do you hope doesn’t change?
Leave your comments below.