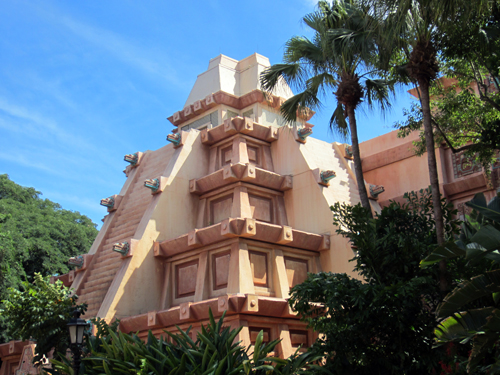 Why so many changes?

Since Universal Studios opened in June 1990, a rivalry has existed with its big brother, Walt Disney World, which is significantly older. This, however, is mostly a fan-created rivalry considering that Walt Disney World took out a full-page newspaper ad welcoming Universal Studios to the area on the opening day. Fans are usually stubborn to visit the rival park, though.

Universal Studios, owned by Comcast, has taken advantage of hugely successful franchises like Despicable Me, with its lovable little minions, and Harry Potter and reaped the profits. Now, Walt Disney World is looking to follow suit.

Walt Disney World is, in many ways, much larger than Universal Studios. However, Disney hopes the changes coming to its Florida property will bring more guests in, make them stay longer, and lead to larger revenue. The competition may be unspoken, but it’s pretty obvious.

Epcot, Experimental Prototype Community of Tomorrow, was a vision original to Walt himself. He dreamed of an actual multi-level city with real citizens who lived, worked, and played in the area. This was both architecturally and practically impossible. The water table in Orlando is very close to the surface, so a multi-level city would simply not stand strong on such ground. What’s more, The Walt Disney Company decided that it was not practical to run a city.

Imagineers argued over Epcot’s purpose. Would Epcot be devoted to emerging technology and sustainable processes or international culture? Ultimately, both ideas won and Future World and World Showcase were born. Epcot opened on October 1, 1982, with a footprint twice the size of Magic Kingdom measuring out to 300 acres. Epcot was the third most visited theme park in North America and sixth most visited in the world in 2014 with close to 12 million guests.

Future World is home to the iconic Spaceship Earth, a highly technical structure, which, among other things, has the ability to collect rain water while preventing guests standing underneath the structure from getting wet. Other attractions like Universe Of Energy, Innoventions, The Seas, and The Land also teach guests about the latest technology and sustainable processes. Spaceship Earth simultaneously educates guests about the history of Earth and where we are headed in the future. Attractions with similar interests include Mission: Space, Test Track, Imagination!, and Wonders of Life.

World Showcase is home to eleven country-themed pavilions including nine that were present on opening day: Mexico, China, Germany, Italy, United States, Japan, France, United Kingdom, and Canada. Norway and Morocco were added later, and Morocco is the only pavilion sponsored and built by the representing country.

Epcot is the only Disney park with two entrances. The main entrance puts guests into Epcot’s Future World, while the secondary entrance, called the International Gateway, is accessible from the Epcot Area Resorts as well as those coming from Hollywood Studios via the Friendship Boats or pedestrian walkways.

Many fans of the original Epcot suggest that the original visions have been forgotten, but that too many soon change.

Epcot is the only area on Disney Property with few construction walls. However, many of the closings and refurbishments at Epcot do not yet have a time frame. Here are two closings we know about today.

Norway’s Maelstrom will reopen as a Frozen-themed ride on May 1st, 2016. The dark ride attraction that mixed the classic log flume ride with some [outdated] history of Norway opened on July 5th, 1988. This ride has been highly controversial for quite some time. Norwegians suggest that it was offensive because it didn’t appropriately reflect Norway’s current economical status. When Disney announced that it would become a Frozen-themed ride, the controversy continued because many fans fear that it will introduce too many of Disney characters into World Showcase. There isn’t much news on what the attraction will be when it finally reopens in 2016, so we’ll have to wait and see if it truly reflects Norway.

In Future World, Living with the Land will close briefly from September 8th through September 17th, 2015 for refurbishment.

Despite its award-winning status, IllumiNations: Reflections of Earth may soon be closing. IllumiNations 2000 opened on October 1st, 1999 as part of the Millennium Celebration, but it continued as IllumiNations because it was so successful. The current show takes viewers through Chaos, Order, and Meaning; will the new show be as meaningful? There is no word on the replacement yet, but rumor has it that it will be similar to Disneyland’s successful World of Color show. If something like this comes to life, the Friendship taxis that traverse the World Showcase Lagoon may have to be removed to make room for more permanent structures to be built in the Lagoon to accommodate such a show.

There’s also a possibility that the Imagination Pavilion, which currently houses Journey Into Imagination with Figment and some character meet-and-greets, may also be getting a makeover. This is a rather large space, and it is not being used to its full potential. Could this area be converted to reflect Disney Pixar’s hit movie Inside Out (2015)?

Innoventions West could also be revamped. Some suggest that Inside Out might find a home here. Think Wonders of Life with emotions and imagination instead of Body Wars and pregnancy.

What changes do you hope to see at Epcot? What do you hope doesn’t change?
Leave your comments below.