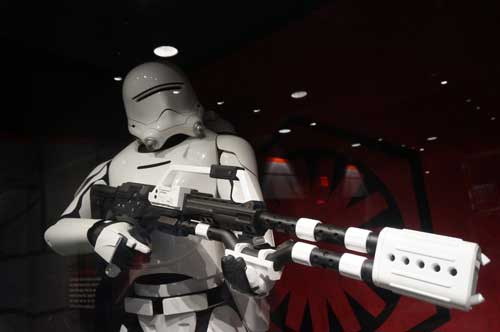 What to Expect from Star Wars Land

We’ve said it before and it’s no secret now: Hollywood Studios is undergoing massive renovations, and we still don’t know exactly what’s going to come of this park, or when.

Disney is banking on their recent acquisition, Star Wars, as a key to bringing new life to Hollywood Studios.  It’s been around for generations, and it’s making a comeback – as if it never left, right?

Star Wars fans are passionate and dedicated, and Disney is hoping that they will be willing to spend a lot of money to experience their favorite movie world in real life.

Even as many attractions and restaurants are shutting down temporarily or permanently, Disney is opening some attractions to keep guests in the park despite the fact that there is less to experience.

If the latest Disney renderings are any indication, though, there’s a lot more to come!

Ok, maybe not too soon. In fact, we really have no idea when or if all of these things will happen. What’s more, attractions not on our list may sneak their way into this land that we don’t even know what to call yet.

So far, the expansion has been informally called Star Wars Land by Disney fans, but Harrison Ford, who played Han Solo, called it the Star Wars Experience. It could be either of those or neither of them!

Let’s take a look at what we think you can expect from the Star Wars-themed land at Disney’s Hollywood Studios.

Think Toy Story Mania and Star Tours coming together and adding a massive dose of awesomeness. That’s what we expect from this Millennium Falcon-themed attraction. There will be laser canons and evasive maneuvers to avoid enemy fire.

There have been some pretty major hints, though, that the ride vehicles will actually be piloted by guests! Combining a motion-simulator with a first-person-shooter attraction is something Disney has never done before!

Looking at the drawings that Disney has released so far, one curious thing is missing: humans. Either Disney plans to adorn their Cast Members in elaborately executed costumes every day or they’ll build audio-animatronics to fill the crowd. Maybe they’ll do both?! Either way, the social interaction that will occur in Star Wars Land should be pretty out of this world!

Though we really don’t know much about dining yet, it has been promised that we’ll get an immersive table-service restaurant complete with themed meals and characters. If you look closely at the drawings, it looks like C3PO might be holding court in the middle of the restaurant…

Besides the Millennium Falcon ride, Disney has also promised to immerse guests in a climactic battle where they will witness a blaster fight up close. Could Disney finally employ its trackless ride vehicle technology, which is only available in its overseas parks, in Disney World? If so, move over Star Tours!

Sure, Disney wants to bring unique attractions to the new land, but I’m sure they are also thinking a lot about how guests will spend their money.

If the New Fantasyland taught us anything, it’s that guests are willing to fork over their hard-earned dollars to experience immersive dining and purchase high-priced souvenirs, and rides aren’t the only game in town.

The Street Market that is promised will rival Universal Studios’ Diagon Alley. Since anything that has ever been seen or mentioned in any of the Star Wars movies is fair game, we can expect a lot of variety to choose from. What’s more, George Lucas has promised even more movies meaning more variety to come. New food, souvenirs, and experiences could be added regularly!

What would you like to see in Star Wars Land?