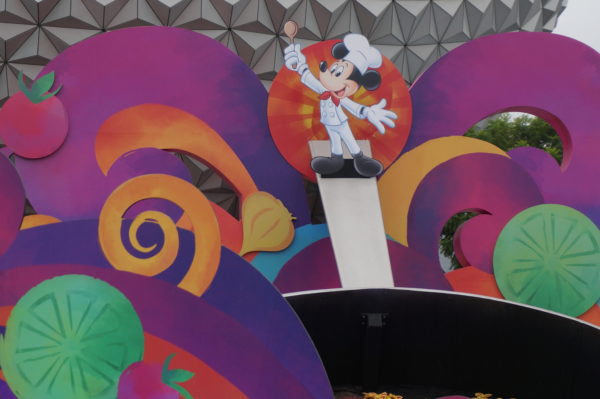 What is Disney Harvest?

If you live near Orlando, Florida or if you’ve ever driven on the roads in the area, you might have noticed a semi-truck pulling a trailer labeled “Disney Harvest.” If you’re wondering what the purpose of that truck is, wonder no more! I’m here to clear up the mystery.

In 1991, Disney was the catalyst that started a program meant to feed the hungry in Central Florida. Back then, Disney wanted to help bring an end to hunger in the community.

Over 25 years later, Disney still collects thousands of pounds of prepared and unserved food from throughout the Walt Disney World Resort five days a week to help feed around 1,000 hungry kids. They donate everything from salad to steak in the prepared and perishable food program at Second Harvest.

Besides food, Disney has also donated millions of dollars in cash including a $500,000 donation just before Thanksgiving in 2011 to help construct a new building to expand the available services.

Second Harvest Food Bank of Central Florida is the beneficiary of the Disney Harvest program, which serves 60 non-profit organizations including homeless and women’s shelters, soup kitchens, after school centers, and daycare centers for children and mature adults. It is one of many local organizations that Disney supports not only with cash and food but also with hundreds of thousands of hours by Disney VoluntEARS each year.

Second Harvest collects, stores, and distributes food to over 500 feeding partners throughout Central Florida including the counties of Brevard, Lake, Orange, Osceola, Seminole, and Volusia.  They served over 50 million meals last year.

Besides ending hunger, Second Harvest also works to train economically challenged adults through a 14-week culinary training program with the goal of placing graduates in better-than-minimum-wage jobs in the area. The hope is that these adults will become self-sustainable, not only helping to lift themselves but also their families out of poverty.

How can I help?

If you want to help end hunger in the Orlando area, you should definitely consider Second Harvest; as they are a Feeding America Member and are rated a Four-Star Charity, which is the highest rating available. You can make a monetary donation on their website or you can host an event in one of the many rooms in the facility. If you have a wedding, shower, birthday, corporate event, or bar or bat mitzvah, consider renting a room; all of the revenue from rental and catering goes directly to the Second Harvest Food Bank and Culinary Training Program.

Are you glad Disney donates unused food from the parks to the community?