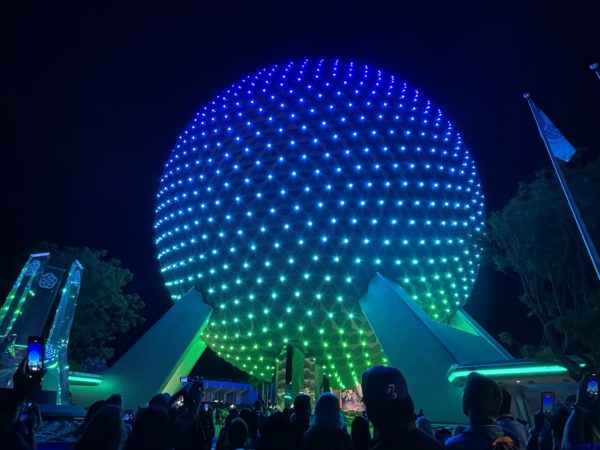 In this edition of the Weekly Disney Round-Up: Guests will be able to try over 150 new Disney snacks, “it’s a small world” debuts a bold new look, an all-new show opens at Disney’s Animal Kingdom, plus we get our first look at Guardians of the Galaxy: Cosmic Rewind. 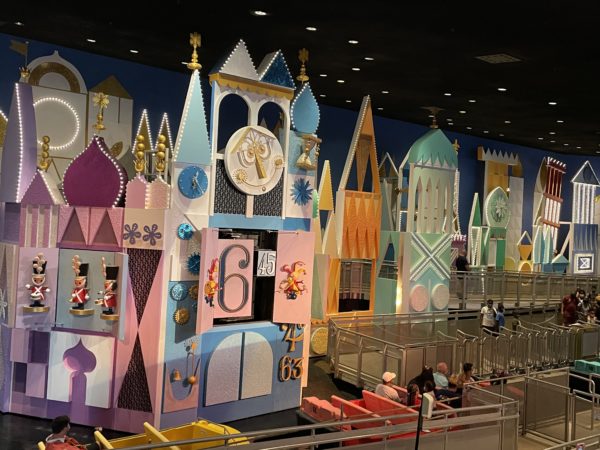 “it’s a small world” Shows Off New Color-Scheme: As part of the preparations for the resort’s 50th Anniversary celebration, the Magic Kingdom continues to spruce up and plus many areas of the park – including the color scheme for the iconic it’s a small world attraction. While some sections of the queue facade are still white and gold, most of the buildings now show off a new, bold color scheme. 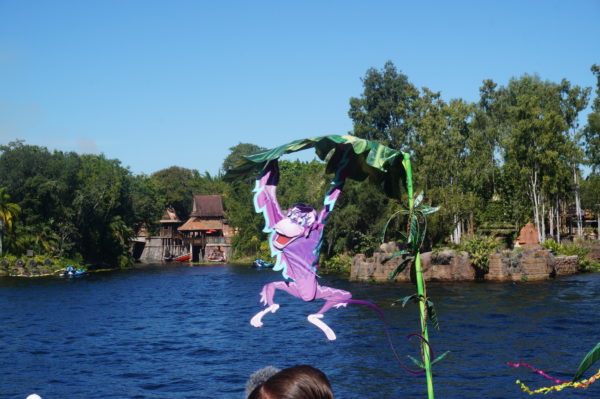 KiteTails Premiers at the Animal Kingdom: Disney Kite Tails made its premier and we got to see KiteTails’ first show! Here’s how Disney describes it: Hearts and imaginations will soar as incredible kites and windcatchers dance through the air to the beat of beloved Disney songs during this high-flying performance at Disney’s Animal Kingdom theme park. Be awed by elaborate, three-dimensional kites of Simba, Zazu, King Louie, Baloo, and more as they take flight above the Discovery River Theater. 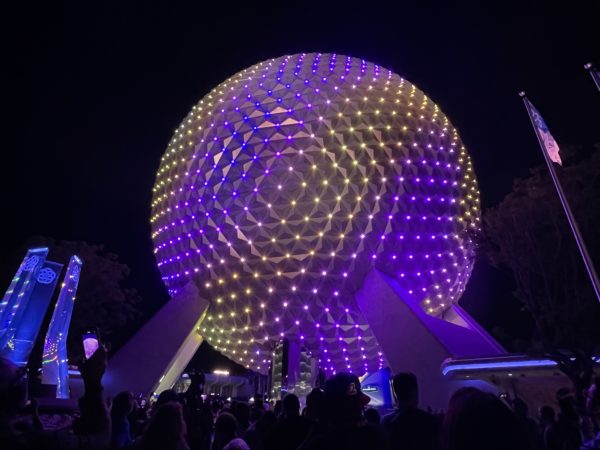 SPACE 220 Opens, Let’s Take a Look Inside: Space 220 is an out-of-this-world dining experience that is sure to tickle your taste buds.  It’s an adventure 220 miles above the earth.

Spaceship Earth Shines with New Lighting: Each of Walt Disney World’s four parks is transforming the park’s icon into a Bacon of Magic. On September 29, we saw what that looked like for EPCOT’s Spaceship Earth.  The iconic structure came to life in a new and beautiful way with new lights installed on the surface of the building’s panels.

Coming 2022 Guardians of the Galaxy: Cosmic Rewind: Disney announced today that EPCOT’s next big attraction, Guardians Of The Galaxy: Cosmic Rewind, will open in 2022. The new coaster will feature a brand new Omni-coaster ride system (think rotating Omni-mover cars, like in the Haunted Mansion) and will be located in the World Discovery neighborhood, in the former Universe of Energy location.

EPCOT Uses New Lingo For Future World: Disney has updated the terminology it uses on the My Disney Experience app as well as the Walt Disney World website to replace the term “Future World” with the new EPCOT neighborhood terms of World Celebration, World Nature, and World Discovery. 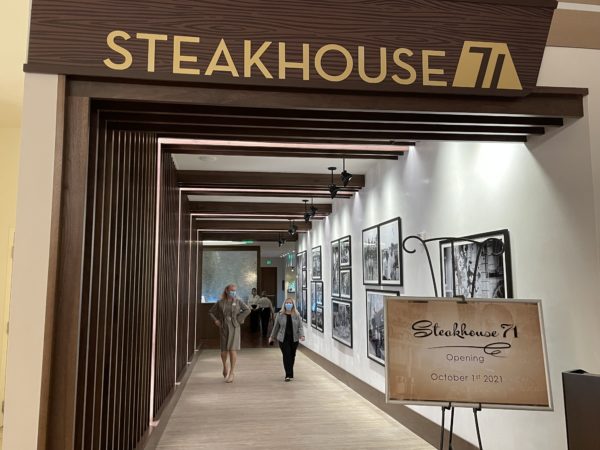 Steakhouse 71 at the Contemporary Resort: The new Steakhouse 71 at Disney’s Contemporary Resort opened on October 1, 2021, as part of the resort’s 50th Anniversary celebration.  The “71” in the restaurant’s name refers to 1971, the year that Disney World opened. I had an opportunity to experience the restaurant, courtesy of the nice folks at Disney Media Relations.  It was a great (and delicious)  experience. 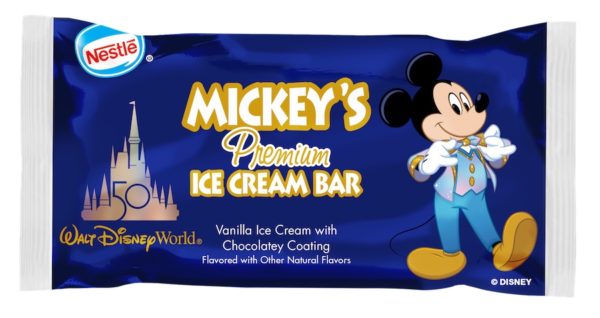 New and Improved at WDW

Disney Announces MagicBand+: Disney introduced the original Magic Bands in 2013.  Now, Disney is announcing the next generation  – MagicBand+, which guests can purchase starting in 2022.  The MagicBand+ can vibrate, light up, detect gestures, and interact with the Disney environment.