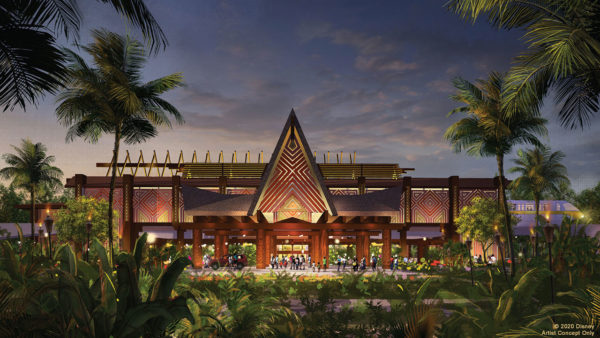 In this edition of the Weekly Disney Round-Up: runDisney in 2021 will look very different, Disney Cruise Line receives top grades by an environmental group, and testing begins on EPCOT’s nighttime fireworks.

runDisney’s Marathon Weekend Goes Virtual: Cancelations and changes are nothing new to Disney in 2020, now it seems they are spilling over into 2021 was well. runDisney’s official website uploaded a message for runner’s updating them on the decision to cancel 2021’s in-person marathon. The race will now be conducted via runDisney’s virtual platform.

Disney Cruise Line’s COVID-19 Efforts:If the sea is calling you like it calls Moana, you’ll be happy to know that Disney Cruise Line and other Cruise Line International Association members have committed to some unprecedented COVID-19 mitigation efforts – all of which will be in place before sailings can resume.

EPCOT Begins Testing Nighttime Shows and Fireworks! Walt Disney World began testing nighttime fireworks at EPCOT this week. The testing took place over World Showcase Lagoon on September 23, 2020. Although only one date was listed, it is reasonable to assume that Disney is gearing up to slowly reintroduce certain entertainment offerings, like fireworks and nightmare shows, into the Parks in the near future.

Chefs De France Gets a New Opening Date: Guests can now start making dining reservations at Chefs De France, for October 8, 2020, or later! This is great news for the France Pavilion, however it is worth noting that the restaurant had rumors of reopening in September… a rumor that never came to fruition.

Permits Filed For TTA PeopleMover Project: Recently, a permit was filed with Orange County by Crown Roofing LLC. The permit lists the location as TTA 1225 Monorail. Now, the permit does not detail the work that Crown will be conducting, but it’s reasonable to assume that roof work is just one of several touch-ups Disney is performing on the PeopleMover.

Disney Releases Concept Art For the Reimagined Polynesian Resort: Disney has released a concept art rendering for one of the most visible construction projects coming to Disney’s Polynesian Village Resort. The new porte cochere will feature a high-pitched roof covered in thatch and inspired by the resort’s famous mid-century design. The look will include the brown and orange colors found throughout the resort buildings.

Disney’s Aulani Resort To Reopen:  Disney’s resort in Hawaii will begin a phased reopening on November 1, 2020.  The state of Hawaii has announced a testing program that will allow Aulani to reopen.