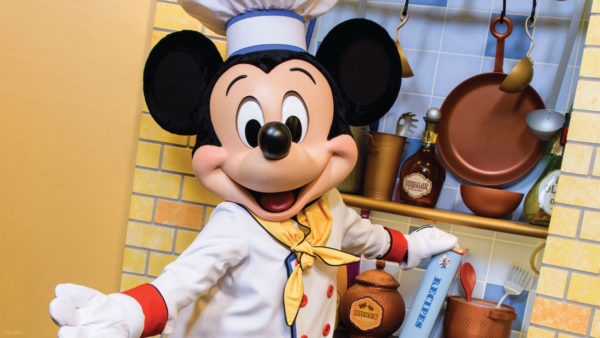 In this edition of the Weekly Disney Round-Up: Disney Pixar’s long-awaited film Soul gets a release date, more sad news out of the Parks with additional layoffs being announced, and Winter Summerland will once again be open for golfers.

New Signs Explain Proper Mask Wear – And Consequences:  New signs have appeared in the Magic Kingdom showing that guests must wear masks that cover their nose and chin.  The signs include this text: “Guests not properly wearing an approved mask will be asked to leave.”

Over 8,000 Part-Timer Cast Members Laid Off: Disney Parks has announced its general plan for 28,000 layoffs, and in time we have received more specifics, including the layoff of the Grand Floridian Society Orchestra, Imagineers, Yehaa Bob, and non-union Cast Members.

Mickey and the Gang Set To Return To Chef Mickey’s: Starting on December 16, 2020, Chef Mickey’s restaurant at Disney’s Contemporary Resort will once again include Mickey Mouse and his friends. In addition, Disney will serve up some new breakfast offerings in addition to traditional dishes.

Auto Toll Plaza Gets New Paint Colors:  Disney is applying a new color scheme to the auto toll plaza at the entrance to the Ticket & Transportation Center, which serves as the main parking lot for the Magic Kingdom.  In are deep blue and rose gold, and out is light blue.

Disney Pixar’s film Soul Arrives Christmas Day: Disney and Pixar’s will release their latest full-length animated film, “Soul,” direct to Disney+ on Christmas day – December 25, 2020. This is similar to what Disney did with the release of the latest Mulan remake (direct to Disney+), but is also different in that Disney+ subscribers will get to watch the movie for free (vs. paying an additional fee).

What do you think was this week’s biggest news story?