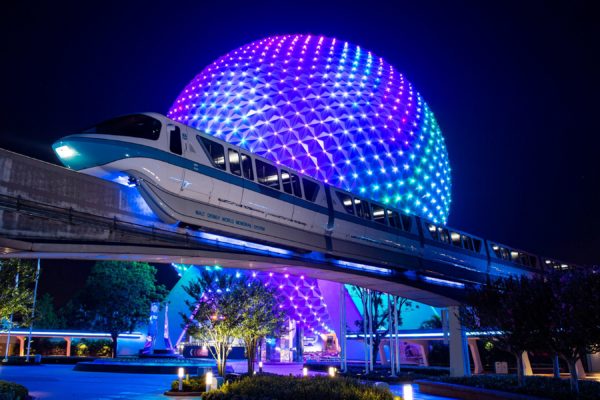 New lighting shines from a Monorail train at Walt Disney World Resort in Lake Buena Vista, Fla., as it travels through EPCOT. In honor of the resort’s 50th anniversary celebration, each train received a lighting color matching its painted stripe. (David Roark, photographer)

In this edition of the Weekly Disney Round-Up: the monorail receives new lighting, character meet and greets return, plus booking dates for Galactic Starcruiser announced. 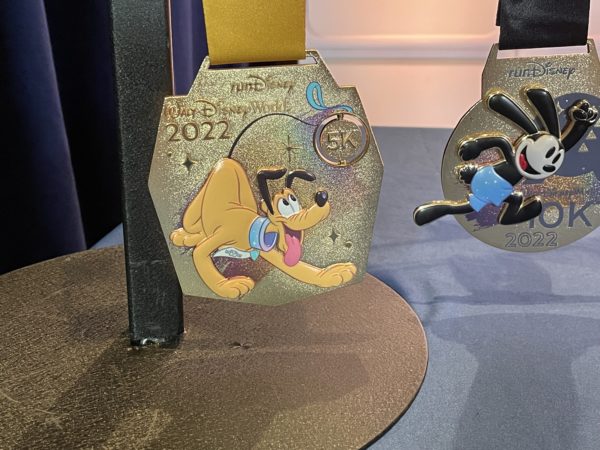 runDisney Shows Off 2022 Finisher Medals: If you’re a runner and you’re missing Disney’s marathons, you can strap on your best running shoes because runDisney will be welcoming runners back for the Wine and Dine marathon in early November as part of the Epcot International Food and Wine Festival. Let’s take a look at the medals runDisney runners will see this year!

Character Meet and Greets Will Return With New Rules: In November, Disney will once again offer indoor meet and greet opportunities – but they will be a bit different. You won’t be able to get a hug and an autograph, but you will get some one-on-one time with characters at indoor locations where you can take photos with the character in the background.

Disney Wish Spaces For Tweens and Teens:  The Disney Cruise Line released concept art of new spaces designed specifically for teens and tweens – Vibe, Edge, and The Hideaway.  It looks like it will be a great time to be a kid on a Disney Wish voyage!