In this edition of the Weekly Disney Round-Up: lights get installed on several Walt Disney World landmarks, Easter treats arrive across Disney property, plus we get an opening date for Disneyland Resort.

Rose and Crown to Reopen March 21: Disney closed the Rose & Crown restaurant in the UK for maintenance in February and is now planning to reopen the family-friendly location on March 21. Dining reservations are open.

New Lights Installed on Spaceship Earth: Disney continues to make progress in enhancing the EPCOT entrance experience.  They have put up the new Leave a Legacy display, updated the fountain, installed flag poles, and installed new lighting effects. Now, they are getting ready to put new lights on the outside of Spaceship Earth.

Lights Installed on DHS’s Chinese Theater: Disney Imagineer Zach Riddley once again gave fans a preview of this team’s work on Instagram.  He showed off new lighting effects being installed on the Chinese Theater, home to Mickey and Minnie’s Runaway Railway, at Disney’s Hollywood Studios.  The lights create a “premiere night, every night” effect.

Disneyland Reopens April 30, 2021: CEO Bob Chapek announced that Disneyland in California will reopen on April 30, 2021.  This is more than a year since the park closed at the start of the COVID-19 pandemic on March 17, 2020. 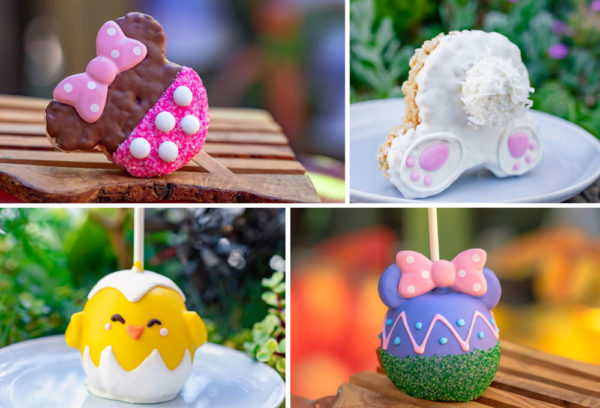 Brightline Train Costs and Routes Released: Brightline is considering two possible routes having a train station located at Disney Springs and will be a viable option for traveling from MCO to Walt Disney World.

Easter Treats Arrive Across Walt Disney World:  Disney World is ready to celebrate with many special Easter treats that are both delicious and beautiful!  You will find them in all the parks, Disney Springs, and many resort hotels.  Plus, several resorts will have amazing edible art displays again this year.