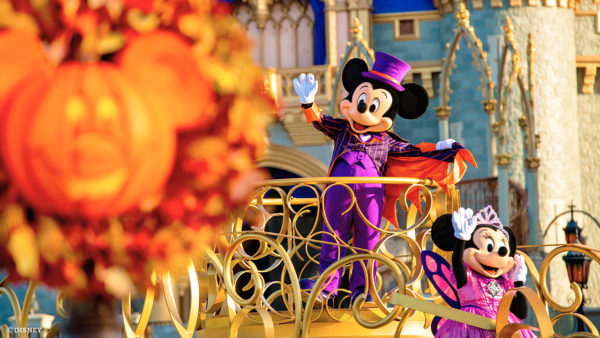 In this edition of the Weekly Disney Round-Up: certain Cast Members can now be without masks, fireworks return to light up the night sky, plus more Boo Bash dates have been added to the schedule.

Disney Adds More Boo Bash Dates: If you are looking to have some Halloween fun at the Magic Kingdom, Disney World has some good news for you.  Disney has added five new Sunday dates to the schedule for the Disney After Hours Boo Bash.

Cast Members Can Now Be Without Masks Outdoors: Starting on June 18, 2021, fully vaccinated Walt Disney World Cast Members no longer have to wear masks when outside.

Single Rider Lines:  Disney World has reopened the single rider line for Millennium Falcon: Smuggler’s Run at Disney’s Hollywood Studios.  It has also removed the mention of single rider lines as a feature paused during the pandemic period.

Fireworks Are Back: Starting July 1, 2021, fireworks spectaculars will be back at Walt Disney World and Disneyland! The Disney Parks made the official announcement on their social media platforms and the Disney Parks Blog.

Biggest Disney news this week: No masks for Cast Members or the return of fireworks?