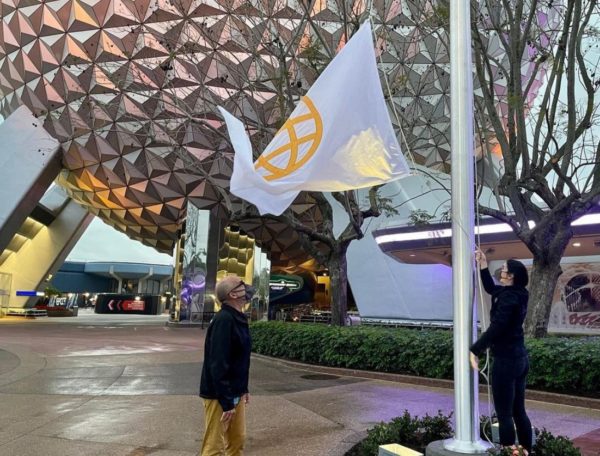 In this edition of the Weekly Disney Round-Up: Topiaries arrive at EPCOT ahead of the Flower and Garden Festival, a new baby rhino has made its way to Kilimanjaro Safaris, plus we get our first new Moana themed rooms at Disney’s Polynesian Resort.

2021 Topiaries Arrive At EPCOT: Disney horticulturists have installed many of the beautiful topiaries featuring favorite characters, as well as many impressive flower beds.

New Pavilion Flags Installed Near Entrance of EPCOT: Disney Imagineer Zach Riddles shared photos on his Instagram account of Cast Members raising the flags representing the pavilions of EPCOT on newly installed flag poles near the entrance to Spaceship Earth in EPCOT.

Take a Look the New Moana-Themed Rooms at Disney’s Polynesian Village Resort: Disney has been working on the Polynesian Village Resort for some time now, changing the structure of the Great Ceremonial House lobby and completely rebuilding the monorail station.  However, while most of the resort rooms have been shuttered (aside from the Vacation Club villas), Disney has been adding a Moana theme to the property’s rooms.

Disney+ Pricing Increases on March 26, 2021: Disney+ has revealed on their home page that the price of the service will increase from $6.99 to $7.99 (or $79.99 per year) starting on Friday, March 26, 2021. The change will impact all monthly and annual subscription renewals that happen on or after March 26.