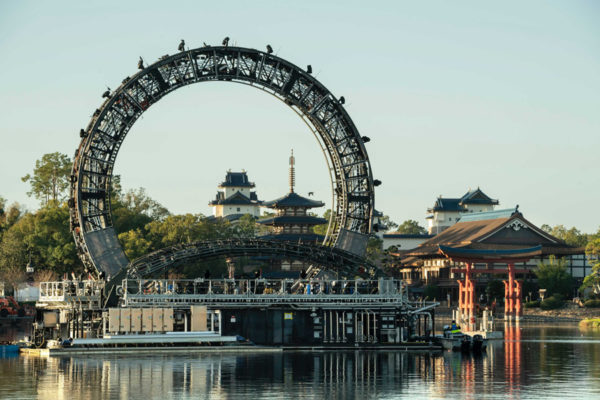 In this edition of the Weekly Disney Round-Up: Construction continues on Cinderella Castle, some live entertainment is set to return to EPCOT Flower and Garden, plus more Disney Cruise Line voyages get canceled. 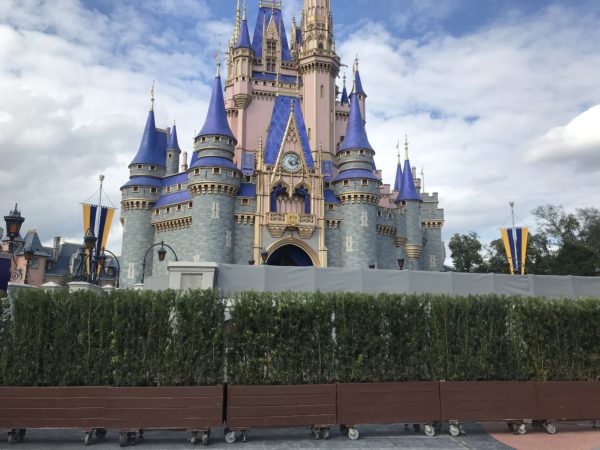 Construction On Cinderella’s Castle Continues: Disney continues construction projects all around the parks – many of them in preparation for the resort’s 50th anniversary. In the center of the Magic Kingdom, Disney is making some changes to the stage in front of Cinderella Castle.

Harmonious Center Barge Arrives:  The centerpiece barge for the new nighttime spectacular, Harmonious, has arrived in the middle of the World Showcase lagoon.

EPCOT Flower and Garden Concerts Return: Disney is planning to bring additional live entertainment to this year’s EPCOT Flower & Garden Festival. In addition to Disney’s Voices of Liberty and Mariachi Cobre, the festival will also add in cover bands who are local to Orlando.

Wanted: Pastry Chef for Space 220: The Patina Restaurant Group, a third-party company that has partnered with Disney to run Space 220, is advertising to hire an Executive Pastry Chef.

Disney Hiring Hotel Service Director for Star Wars: Galactic Starcruiser: The Director will lead and implement the two-night Star Wars experience.  The company wants someone who can balance a traditional hotel experience with a new type of entertainment.