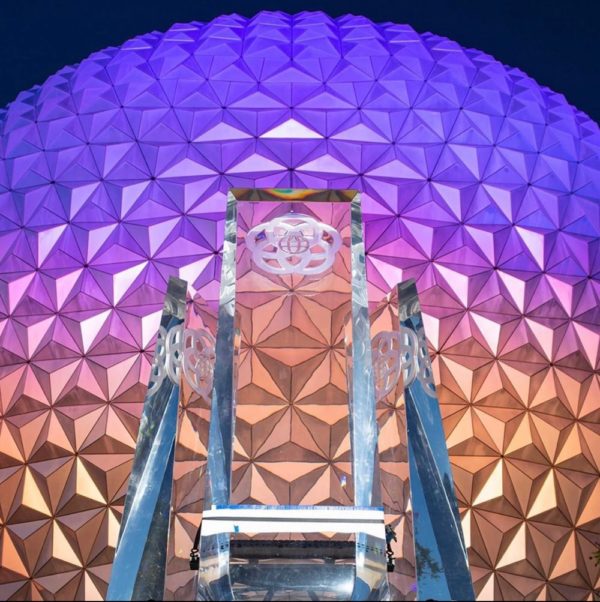 In this edition of the Weekly Disney Round Up, the Tomorrowland PeopleMover goes into official refurb status, we get our first look at the new EPCOT, and a finally get an update on Reflections- A Disney Lakeside Lodge Resort. This is your Disney news for the week of August 9, 2020.

Actors To Return To Disney World!: Actors’ Equity Association, the union which represents people who work with live theatrical performances, has made an agreement with Walt Disney World for its members to return to their jobs in the parks. As part of the agreement, Disney will open a new Coronavirus testing location on Disney World property. Disney will open the location on the site of Disney’s Maingate office complex, which is near Disney’s Animal Kingdom.

A New EPCOT Starts To Take Shape: Construction work on EPCOT’s overhaul is still underway, but it seems like each week we get some additional details or visual advancements in the process. Thanks in part to Imagineer Zach Riddley (@thezachriddley on IG), we have gotten our first official look at a major milestone in the Park’s refurbishments. Riddley posted several pictures on Instagram showcasing a portion of the new fountain that will sit at EPCOT’s entrance.

Lightning Strike Takes Down A Galaxy’s Edge Favorite?  Over the weekend Rise of the Resistance, a new fan favorite, was struck by lightning. The My Disney Experience App showed the attraction as temporarily closed throughout the day on August 11, 2020.

Status Change For Reflections – A Disney Lakeside Lodge: The Disney social media world was set ablaze with the discovery that the new resort was removed from Disney Parks Blog’s entry detailing all the announcements from the 2019 D23.

Beach Club’s Stormalong Bay Pool Reopens: Disney’s Yacht Club Resort will reopen on August 24, and at that time Disney will also reopen the resort’s Stormalong Bay – a pool that is nearly as extensive as a water park.

(Re)Opening: Tambu Lounge at the Polynesian: This week Disney announced a slew of re-openings, from Walt Disney World Resort Hotel pools to a number of restaurants across the property. The most recent of these reopenings is Tambu Lounge at Disney’s Polynesian Village Resort.