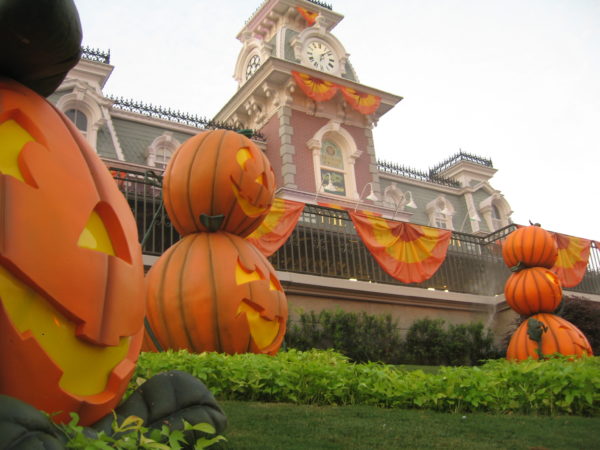 In this edition of the Weekly Disney Round Up, we get some answers on what to expect for Halloween at the Magic Kingdom, the potential end of a fan favorite stage show, a new way to view the nighttime Castle Show, and much more. This is your Disney news for the week of August 2, 2020.

Masks Could Be Required At Disney World Through 2021:  Dr. Raul Pino, the Health Officer for Orange County, is suggesting that local government may require masks until as late as the Spring of 2021, or until a vaccine for the Coronavirus is available. A vast majority of the Walt Disney World Resort falls into the jurisdiction of Orange County which means Disney will need to abide by whatever rules the county enacts. Walt Disney World has required masks for all guests and Cast Members since the phased reopening started in June. You can find more information on Disney’s current mask policy here.

Tri-State Travel Band Lifted: As of August 5, 2020, Florida Governor DeSantis signed an executive order lifting the travel restrictions for those arriving from the listed states. It is worth noting that on the flip side, those traveling from Florida to New York or New Jersey are advised to self-quarantine for 14 days and advise their state(s) of their recent travels, typically through a traveler health form issued upon return to the state.

Reduced Operating Hours Coming To Walt Disney World: Earlier this week, Bob Chapek admitted that the re-opening crowd numbers have been lower than what was initially expected. On August 7, 2020, it was announced that all Parks at Walt Disney World would shorten their normal operating hours.

Long-Time EPCOT Chef Set To Retire: Scott Joesph’s Orlando Restaurant Guide announced the retirement of Chef Bruno Vrignon. Vrignon is the current executive chef of the restaurants in EPCOT’s France Pavilion and has worked at the Pavillion since EPCOTs opening in 1982.

Even Without Mickey’s Not-So-Scary Halloween Party, Parks To Be Decorated: Earlier this summer, it was announced that Mickey’s Not-So-Scary Halloween Party 2020 would be officially canceled. The news was a big bummer in a year already full of disappointments. Despite the cancellation, it was rumored that Walt Disney World would still feature their iconic Halloween decorations throughout the holiday season. I was able to confirm with Walt Disney World that the decorations are indeed still slated to be installed but the information on when to expect the Park’s transformation is yet to be announced.

“You May Get Wet”: Splash Mountain Boat Sinks: The past few weeks have not been nice to Splash Mountain. Just a week or so after a multi-day shutdown of the attraction, Splash ran into another issue. Late on Sunday night, one of the Splash Mountain vehicles partially sank with five guests still seated. Allegedly the boat began to take on water near the end of the ride. All guests were able to vacate the ride vehicle. After a brief cycle of vehicles, Splash Mountain reopened.

In addition to Splash’s sinking log, the attraction may now have lost its gift shop. Earlier this week, guests couldn’t help but notice that the Briar Patch Shop had black tarps over the windows and the doors were shut. Whether this closure is permanent is not yet known.

Disney Society Orchestra In, Beauty and the Beast Out at Disney’s Hollywood Studios: Various sources online have reported the mixed feelings that Cast Members and the Actors’ Equity Union have had about the Disney’s decision to re-open at a time when Florida’s COVID-19 numbers are at such a high rate. These mixed feelings have led to disputes between the two parties, which in return has caused some shows to temporarily disappear from the Parks. Over at Disney’s Hollywood Studios, signage for Beauty and the Beast-Live Stage Show has been removed and replaced by showtimes for “Disney Society Orchestra and Friends”. The new show, believed to only be in place during the union disputes, involves an orchestral rendition of a number of favorite Disney tunes. Disney Society Orchestra’s new show runs all day at the Theater of the Stars, the home of Beauty and the Beast-Live Stage Show.

Rumor, Rumor: Voyage of the Little Mermaid to Remain Closed: As mentioned in previous posts, the disputes between the Actors’ Equity Union and Disney have battled on, causing many shows to temporarily shut down. It appears one show may never re-open, Voyage of the Little Mermaid. The online rumor mill has been swirling around the Little Mermaid stage show for some time now. Often viewed as outdated by modern Disney World standards, the Voyage of the Little Mermaid debuted at Disney’s Hollywood Studios in 1992. The show has seen a few changes over the years but has largely stayed the same. It is now believed that Ariel’s show has officially come to an end. Evidence of this rumor is based around the fact that no COVID-19 signage or safety measures have been installed at the queue and other long-time hints that the show’s days were already numbered. We will keep you posted if the news of the show’s closure becomes official.

Construction Of Disney’s Star Wars: Galactic Starcruiser Continues: Construction is moving right along on Disney’s Star Wars: Galactic Starcruiser, a boutique resort that will provide an all-inclusive two-day, two-night aboard the starship Halcyon. Experiences include a lightsaber training event, drinks in the Silver C Lounge, and a tour of the ship’s engineering room.  These are in addition to an exclusive experience that will take place in Batuu, the land of Star Wars: Galaxy’s Edge in Disney’s Hollywood Studios. Photographs of the current construction can be viewed on the main article here.

3rd Quarter Earnings Show A $2 Billion Loss: The Parks, Experiences, and Products segment of the business lost $2.0 billion in the 3rd quarter.  Revenue decreased by 85% to $1.0 billion. Decreases in both domestic and international parks lead to the decreases.  Merchandising and retail decreases also contributed to the loss, but to a lesser extent. The company’s third-quarter revenue was $11.78 billion, which was 41.8% lower than last year.  Disney believes that the Coronavirus caused the overall company to use $2.9 billion.

Name Change-Disney Parks Mom Panel: 2020 has been a year of change at the Walt Disney Company. Leadership transitions, attraction closures, and COVID-19 protocols are just some of the changes brought upon the parks. Now, a name change of the Disney Parks Mom Panel, an official Disney Question and Answer Board, is live. The panel will now be known as planDisney. Visitors to the site will still have full access to the over 100,000 questions/answers from previous years.