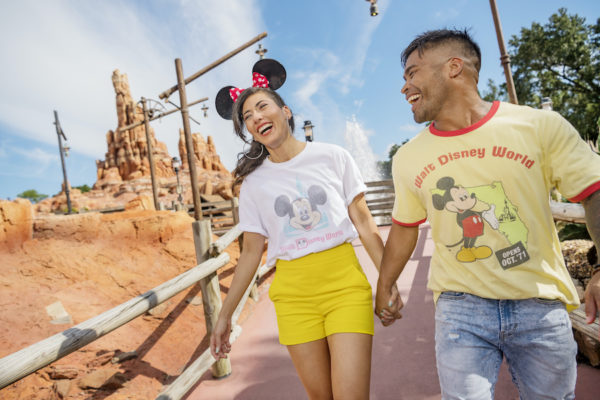 In this edition of the Weekly Disney Round-Up: we get starting prices for Star Wars: Galactic Starcruiser, Monsters Inc Laugh floor reopens early, plus annual pass programs return to Disneyland and WDW.

Monsters Inc Laugh Floor Reopens: The Monsters, Inc. Laugh Floor has reopened in Tomorrowland at the Magic Kingdom.  Disney originally reported it would reopen on August 8, but the show reopened early on August 5.

ESPN Wide World of Sports to Host 2022 Special Olympic Games: From June 5-11, 2022, the ESPN Wide World of Sports at World Disney World will host the 2022 Special Olympic Games.  The games will also utilize Disney’s Typhoon Lagoon water park, as well as other facilities in the greater Orlando area such as the Rosen Aquatic center and Osceola Heritage Park.

Collection Corner- 50th Anniversary Merchandise Coming Soon: The Disney Parks Blog released the first official (full imaged) look at merchandise that will be arriving in the Parks and on shopDisney.com. The images are just a small slice of what we can expect during the next 18+ months. Let’s take a look at the new 50th merchandise collections.