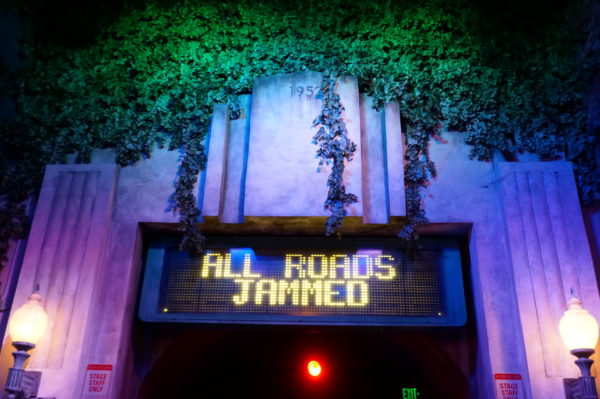 The Top Seven Ways Guests Get Hurt in Disney World

Disney World is the most magical place on earth, but that doesn’t mean that bad things can’t happen while you’re on vacation. When you put that many people in such a concentrated area, sometimes something will go wrong.

Most of the time, vacations in Disney World go very well, but there are definitely some documented incidents where people have been injured. These incidents are either caused by negligence by the park’s operator or maintenance crew, negligence by a guest including refusal to follow rules or known or unknown health issues, or an “Act of God” that is not a direct result or fault of anyone in particular.

Here are the top seven ways that people get hurt in Disney World.

Disney has several forms of transportation including buses and the monorail. As with any vehicle, there is the risk of accidents.

Disney buses have been involved in accidents with other Disney buses, private charter buses, or cars. Most incidents occur because guests are not aware of their surroundings.

There are several more documented incidents involving the monorail. Unlike injuries on the buses, most issues on the monorail occur because of Cast Member error. Monorails have crashed into each other, caught on fire, missed switchovers, and had issues with weather-related stoppages. Very few guests have been injured on the monorail while a few employees have been hospitalized for injuries.

To avoid injuries on Disney transportation, be aware of your surroundings and know that buses frequently drive around the Disney resort hotels. Anytime that you stand on buses or monorails, be sure to hold on; also, allow young guests and those who are physical incapable of standing to sit in the provided seats.

Some rides in Disney World have proven to cause motion sickness. Two such incidents involve an elderly man losing consciousness on The Great Movie Ride, which is now closed, and a middle-aged woman experiencing similar issues after riding Rock n Rollercoaster Starring Aerosmith, which is the only ride in Disney World with inversions. Both attractions are in Disney’s Hollywood Studios.

If you have a history of motion sickness, consider avoiding attractions that could induce this reaction.

Most recently, Flight of Passage in Animal Kingdom’s new Pandora – The World of Avatar has proven a little too real for a woman who passed out after noting that she felt dizzy after riding.

If you start to feel dizzy, be sure to take a seat at the nearest safe location and notify a Cast Member as soon as possible.

Falling is actually a pretty common occurrence in Disney World. It’s usually harmless, but guests do occasionally hurt themselves breaking and fracturing bones. A woman recently fell at Blizzard Beach while boarding Teamboat Springs fracturing her back. Another woman fell while boarding Space Mountain and fractured her leg.

Avoid falling by, again, being aware of your surroundings. Many rides in the parks and water parks use platforms for boarding ride vehicles. There are sometimes gaps between the platforms and vehicles, and guests need to watch their step.

Disney World attractions have broken records for some notable things like cost and speed, and one such attraction is Expedition Everest, which reaches speeds up to 60 miles per hour and catapults riders backwards. This can induce nausea in some guests.

Space Mountain is another ride that can make guests nauseous. While it’s the slowest thrill ride in all of Disney World at max speeds of just 28 miles per hour, the darkness, projections, and sudden drops can make it feel like you’re going a lot faster.

Some rides can simply make guests dizzy like one woman who reported dizziness and concerning memory loss after riding Rock ‘n’ Rollercoaster. This ride has a few inversions, and even those who aren’t prone to dizziness can feel some sea legs after riding.

While most issues of dizziness, fainting, and motion sickness can be prevented by staying well hydrated and nourished (weather in Florida can be unforgiving!), most guests’ injuries occur because of pre-existing conditions.

Avoid riding anything that may aggravate known conditions since combining them with riding rollercoasters all day can lead to serious side effects. Guests with history of seizures, chest pain, or recent illness should consult with their doctor and read the warning signs posted at the entrance of every ride to be sure that they don’t have any risk factors for injury on the ride.

Have you been injured – or seen an injury – at Disney World?