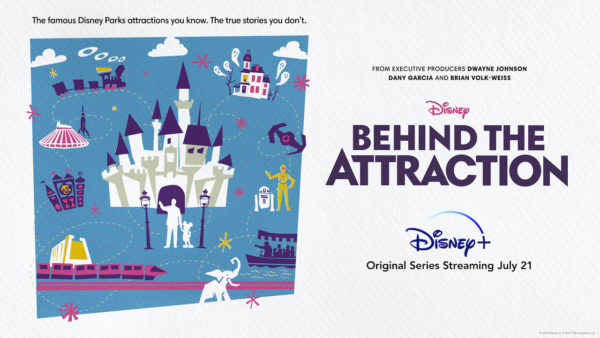 Watch Now: All New “Behind The Attraction” Trailer

Disney has released the official trailer for their upcoming 10-part series titled “Behind The Attraction”. The series will take you backstage for a behind-the-scenes look at several Disney Park’s attractions.

“The series delves into Disney Parks’ rich, amazing history using archival and never-before-seen footage and photographs to unveil how the attractions came to be and how they’ve been refined over the years as new ideas surface and technology evolves. “Behind the Attraction” begins streaming on Wednesday, July 21, on Disney+ with five episodes at launch and five additional episodes coming later this year.”

Looking forward to “Behind The Attractions” on Disney+?