Was Disney’s Purchase Of Pixar A Good Idea?

Many people know that Jobs had a huge role in developing and marketing amazing products like the Mac and the iPhone.  But Jobs also made a huge impact on the Walt Disney Company through Pixar.

Only recently have many of the details come out – and they are fascinating.  In Walter Isaacson’s biography, Steve Jobs, Walter covered the interesting back story about Disney’s purchase of Pixar.  Jim Hill Media posted an article on the subject (Source).

Bob Sees How Disney’s Pipeline Had Dried Up

It started when Bob Iger, who was soon to become the head of Disney, was together with the then-current CEO Michael Eisner in 2005 at the opening of the new Hong Kong Disneyland theme park.   While watching the parade come down Main Street, Bob noticed that none of the characters from the past decade came from Disney’s Animation Studios.  After a period of new classics like Beauty and the Best in 1991 and The Lion King in 1994, Disney hadn’t created a single blockbuster animation hit or a single memorable, enduring character.

Iger had some of his financial folks do an analysis and discovered that Disney actually lost money in the past few years on animation.  And Iger also knew that as animation goes, so goes the entire Disney Company.  An animated film not only has an impact when the film is released, but then afterwards when there are consumer products, toys, theme park attractions, books, TV show spin offs, etc.

Iger told the Disney Board Of Directors they had three choices:  Continue to stick with current Disney animation management (which wasn’t performing), get new management into Disney animation (and they didn’t know who that might be), or purchase Pixar.  Disney knew that purchasing Pixar could be difficult and definitely would be expensive. 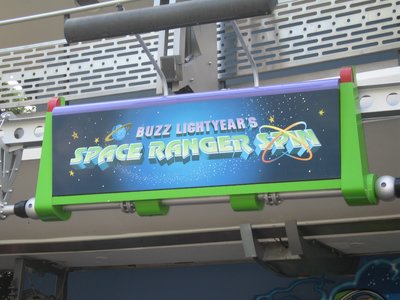 Pixar characters are everyone in Tomorrowland
at Disney’s Magic Kingdom in Florida.

Bob made a terrible negotiation move but a wonderful trust- building move.  He was extremely transparent and told Steve Jobs that Disney as in big trouble and desperately needed Pixar.  And that trust-building move endeared Bob to Steve – a huge move since Steve Jobs and Michael Eisner did not get along together – at all.

Jobs agreed to sell Pixar to Disney – for the huge sum of $7.4 billion.  With a price tag that big, Iger needed to persuade his boss, the Disney Board Of Directors, that it was the right move.

Even through Michael Eisner was no longer the CEO of the company, he pulled some strings and got the opportunity to present to the Board Of Directors and make his case against purchasing Pixar.  He thought it did not make sense for Disney to purchase Pixar.

After Eisner made his presentation and left the room, Bob Iger presented his case that he felt the acquisition of Pixar was the right move – expensive and necessary.  And in the end the Board agreed with Iger, and the acquisition went through. 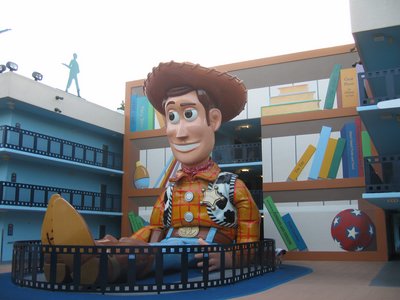 Was It The Right Move?

In hindsight, I think it is easy to see that Disney’s purchase of Pixar was the right move.  Since the purchase Pixar has had a continued string of animation blockbusters, including Ratatouille, Wall E, Up, and Cars 2.  And if you visit a Disney Store or a Disney theme park you will see the huge impact that Pixar characters have had, from parades to attractions.

You might also notice what is absent – a big presence of characters and merchandise from the Disney Animation Studios.