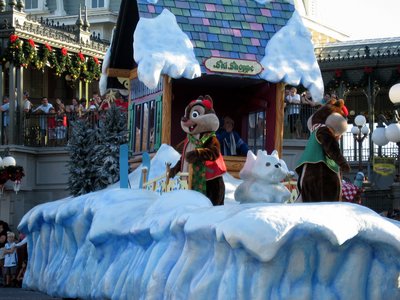 One specific away the Forestry Service was going to do this was to awards the development rights to a portion of the Sequoia National Forest.  The area was called Mineral King, the beautiful valley in California formed by the Kaweah River.

Werner Weiss has documented the fascinating story of what was supposed to be Disney’s third theme park – a park that never came to be.  The story is documented on the web site of the Walt Disney Family Museum (Source).

The Los Angles Times reported in December of 1965 that the United States government had chosen the Walt Disney Company to develop the Mineral King area.  Disney had three years to develop a plan for the area.

Interestingly, the 1960s were an especially busy time for Disney.  He had just purchased thousands of acres in Florida for the development of the Walt Disney world resort.  The original budget for Disney World?  It was $70 million.

Disney announced a budget of $35 million to develop the Mineral King resort.  However, there were some difficult issues to address.

Much as Disneyland had changed the public’s perceptions of how an amusement park should be designed and operated, the original plans to for Mineral King would have a similar transformative effect on the public’s expectations for ski resorts.  Disney worked hard in its plans to hard to create plans to maintain the area’s natural beauty.  For example, parking would be consolidated and moved away from scenic views.  People would get around the resort using public Disney transportation.

Much like Disney World’s Magic Kingdom has Utilidors that hide service activities underground, the Mineral King resort also planned to put 60,000 square feet of service facilities underground, beneath the village.

Disney was also making careful architectural in land use plans to ensure that the facilities they built blended with the scenic beauty of the area.

An interesting sideline to the development of the resort was to be an animatronic show featuring singing bears.  The Mineral King ski resort was not to be an amusement park, but it was going to have unique Disney–styled entertainment as part of one of the resort’s restaurants.  Like many ideas at Disney, this one did not end up being used as originally planned, but eventually made its way into the Disney theme parks as the Country Bear Jamboree.

There was a lot of excitement about the new resort.  However, a project of this size and scope located in rustic natural territory which sure to have some issues.

The first issue was that the government’s rights to develop the area were dependent upon building a 25 mile stretch of highway to the mountain.  A road already existed, but it was very primitive and could not be used during snow.  Of course, that made it unsuitable for supporting a ski resort.  Building this road was going to be expensive.

The second issue was that the Sierra Club, which had originally supported the project, had turned against it.  They begin to sue in court, setting the stage for what was sure to be a long, drawn out, inexpensive legal battle to develop the land.  It was also a legal battle that had the potential to tarnish Disney’s reputation – whether deserved or not.

The third issue had to do with California State government.  Then California Governor Ronald Reagan publicly stated that he supported the development of the mineral king project, but he pulled financial support for the required 25 mile road.  He wanted to see an alternative transportation to the resort, but that created a new set of financial and logistical problems.

The fourth issue was the Disney Company’s finances.  The original price tag and four Disney World in Florida had mushroomed from $70 million to $400 million.  As you can imagine, any huge project which came in at more than five times its original budget was sure to put a financial cramp in the organization’s plans and capabilities.

When added together, these four issues killed the development of the resort.  By 1977, the Disney Company had stopped development on the Mineral King project.  And in 1978, the United States government’s changed control of the Mineral King land from the Forestry Service to Sequoia National Park.  Part of that Congressional action was prohibiting scheme facilities.