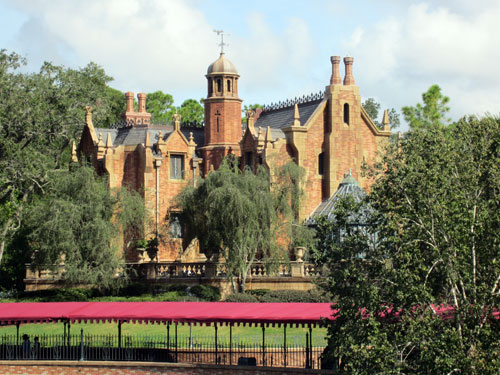 I’m sure you’ve heard some pretty wild stories from friends of friends or people who have worked in the Walt Disney World Theme Parks.

This week, I wanted to do something a little different. I’m going to list some Walt Disney World “facts” and then you can guess if they are true or not. The answers will be listed at the bottom of the page.

1. The Liberty Bell in the Magic Kingdom’s Liberty Square is a perfect replica of the real-life Liberty Bell.

2. There are actual, human skeletons on Pirates Of The Caribbean in the Magic Kingdom.

3. The plane that was used in the final scenes of Casablanca is the same one from the Casablanca scene on The Great Movie Ride.

4. In various places throughout the theme parks and resorts, Disney pumps smells into the air to provide guests with a more immersive experience.

5. Guests have been known to sneak the ashes of deceased loved ones into the parks and have attempted to “leave them behind” on attractions.

6. The Dream Suite inside Cinderella Castle at the Magic Kingdom was originally an apartment used by Walt Disney and his family.

7. The rooms at the Contemporary Resort were designed so that they can be taken out by crane and refurbished when needed.

8. The Stretching Room at the beginning of the Haunted Mansion in the Magic Kingdom is actually an elevator that lowers guests down one floor below.

2. FICTION! In the Magic Kingdom’s version of the Pirates of the Caribbean, there are no actual human bones (at least as of this writing!) This one does have an interesting history, though. When Disneyland’s Pirates of the Caribbean attraction was being completed in 1967, the Imagineers weren’t happy with the artificial skeletons that were available at the time. So they went to the UCLA Medical Center and got real skulls and skeletons from the anatomy department. As the years went on and special effects became more realistic, those skeletons were taken out and given proper burials. Some Disneyland guests still swear, however, that a few of those skeletons are the real thing!

3. FICTION! The plane in the Casablanca scene of the attraction is the front half of an actual Lockheed Electra 12A that the Disney company purchased in the ’80’s. The back half of that very plane actually resides in the jungles of the Magic Kingdom’s Jungle Cruise. And how can we be so sure that it’s not the same Lockheed Electra 12A that was used in Casablanca? Well, because there was no actual plane used for that scene in the film! Casablanca was shot entirely on sound stages. In the famous goodbye scene with Ilsa and Rick, a plane can be seen being prepared in the background by men in jumpsuits. That plane was actually a quarter-sized replica of a real plane made with wood and balsa. The men in jumpsuits? They were actually little people who looked larger next to the small, model plane!

4. FACT! Disney uses devices called “smellitzers” to create all kinds of fun scents all over the parks and resorts, including on Main Street USA and on several attractions. Have you ever walked past the bakery on Main Street and stopped to smell those fresh cookies that must have come right out of the oven? Well, what you’re actually smelling isn’t fresh-baked cookies at all! It’s a manufactured scent that is being released into the air by these smellitzers. Pretty sneaky, huh?

5. FACT! Several guests have been caught over the years smuggling their loved ones’ ashes into their favorite Walt Disney World attractions, especially the Haunted Mansion. This has become such an issue that some of WDW’s custodial hosts have been provided with proper training on how to vacuum and dispose of these ashes so other guests aren’t actually breathing in human remains. So, before you think about sneaking something like that into the parks, remember that whatever you drop onto the ground just may end up in a garbage bag somewhere.

6. FICTON! Walt Disney actually passed away in 1966, just one year after it was made public that the Disney company was in fact making very significant land purchases in the Central Florida area. Very early in the castle’s planning stages, an apartment was intended to be built for Walt & his family. After his death, however, the space was left unfinished and was used by the park’s telephone operators. It didn’t actually become a suite until 2006.

7. FICTION! The rooms at the Contemporary Resort can not be slid out by a crane when it’s time to refurbish them, unfortunately! They were, however, built outside the A-frame main building of the Contemporary with amenities like plumbing already installed and then slid into the slots of the main building by a crane. Once they were installed, however, they were there to stay.

8. FICTION! This is another one that has it’s origins out in Disneyland, much like the skeletons on the Pirates of the Caribbean. When Disneyland’s version of the Haunted Mansion was built, Disney’s Imagineers had to figure out a way to move guests “beyond the berm” or underneath the train tracks and outside the original perimeter of the park. They cleverly created the Stretching Room, which gives us the illusion that the room (and the paintings) are getting longer. In reality, we are actually lowered down a floor by an elevator so that we can pass under Disneyland’s train tracks. The Magic Kingdom, on the other hand, had no space issues and plenty of room to build the attraction. The Stretching Room remained when the Florida version was built only because it served as such a fantastic introduction to the attraction.

How Did You Do?

How did you do?  I’d say if you got more than half correct you’re a pretty diehard Walt Disney World fan! As always, thanks for reading, and please share this with any Disney-crazy people that you may know!

How many of these Disney trivia questions can you get right?