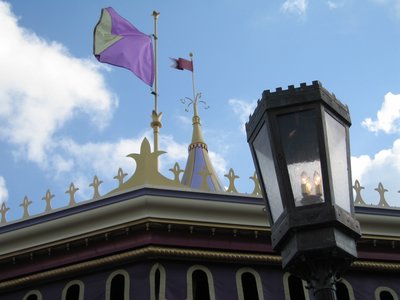 Walt Disney Misses Out On The Soviet Union

Sometimes the real world disrupts the best laid plans of Mouse and men. In the early 1990s, Disney Imagineers were busy planning expansions to Epcot’s World Showcase that would include a pavilion dedicated to the Soviet Union. However, before these designs could be realized, the Soviet Union was inconsiderate enough to collapse. Suddenly, all of the drawings, models, and other plans that Disney had created were celebrating a country that no longer existed.

Even with that serious setback, Disney might still have been able to rework their existing plans into a pavilion for the once-more-independent country of Russia. Unfortunately, Russia’s economy collapsed right along with the Soviet Union. Disney had always relied on corporations in the countries they were celebrating to provide funding for the components of the pavilion. With Russia in economic disarray, Disney Imagineers had to abandon their ideas of bringing Russia to the World Showcase.

So what would this never-to-be world have looked like? Tasted like? Sounded like? The show-stopping centerpiece that was to have greeted visitors to Soviet Russia was Moscow’s Red Square with the colorful domes and spires of St. Basil’s Cathedral. The area was too have been surrounded by a brick wall, and filled with shops and restaurants.

The central attraction of Soviet Russia was going to be an animatronic show, much like the American Adventure at the pavilion dedicated to the United States. The show would be named Russia – The Bells of Change, and was going to be housed inside the replica of St. Basil’s Cathedral. The Bells of Change would have incorporated film clips and live actors into a celebration of Russian history and important figures in the history of Eastern Europe.

Of course, World Showcase pavilions are always more than just buildings and attractions. As guests wandered around the Soviet Russia pavilion, they would be able to enjoy the acrobatics of Russian dancers, enjoy the strains of traditional music, and even decorate eggs. And of course, hungry visitors could indulge in some Chicken Kiev or pirozhki, and perhaps taste a bit of vodka!

In addition to the main Bells of Change attraction, Soviet Russia would also have included a smaller attraction aimed at younger visitors. This attraction, based on a classic story from Eastern European folklore, was to be called Ivan and the Magic Pike. It’s not clear whether this ride was going to be a log flume or a bobsled style ride, but either way it was going to be less educational and more pure fun than the Bells of Change.

On To Other Countries

When they had to abandon their plans for a Soviet-themed pavilion, it didn’t just mean that a great deal of creative work was suddenly unusable. It also threw a wrench into Disney’s overall plans to increase the truly international nature of the so-called World Showcase. Eventually, new pavilions celebrating Norway and Morocco would help Disney to achieve that mission, but at the time, the collapse of the Soviet Union – both nation and pavilion – was a set-back for the ever-ambitious Disney crew.

Quiet But Not Necessarily Gone

In the two decades since, Russia has undergone a significant economic recovery. While plans for a Russian pavilion currently remain dormant, they are not quite extinct, and perhaps someday soon the Mouse can revisit the Red Square – especially if one of the many successful Russian companies steps forward to fund the effort.