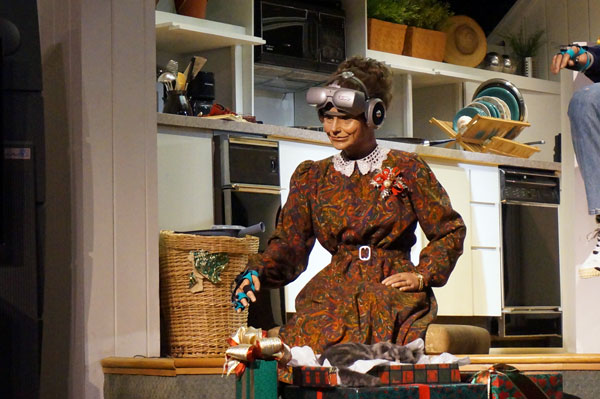 Was Walt Disney a Conservative or Liberal?

Walt Disney was an upstanding citizen with high morals and a love of the nostalgic small-town America. He was outspoken about his faith and his republican views, his belief in free enterprise, and his desire to be a successful entrepreneur independent of big government influences.  In these ways, he seemed very conservative.

Simultaneously and maybe even counter-intuitively, his views on urban planning, science, technology, and human progress differed greatly from those who held similar conservative views.  They might even be considered liberal, as they involved top down control and a focus on societal and centralized, technical engineering.

Let’s take a look at what movies and attractions made Walt’s fascination with science obvious and showed his breadth of embracing both conservative and liberal ideas.

Some of Walt’s work even warned about the dangers of technology and science – whether or not this was Walt’s intention. Perhaps Walt used his films and attractions to work through some subconscious conflicts of his beliefs.

Carousel of Progress in Magic Kingdom‘s Tomorrowland uses Audio-Animatronic robots instead of live actors to tell the story of a traditional middle-class family through the 20th century. They are the beneficiaries of advancements like electricity, appliances, and eventually computers. The audience moves from scene to scene on a rotating bank of auditorium-style seating while “A Great Big Beautiful Tomorrow,” a song by the Sherman Brothers that champions our ability to accomplish anything that we set our minds to, plays during each transition.

This seems like an innocent and nostalgic attraction, but the fact that it uses robots instead of real people could warn of what seems like a reality now: robots taking over traditional human jobs. What’s more, as technology advances, the family is certainly grateful, but they’re also anticipating more advances and they don’t necessarily imagine a changing future. Do you think we’ll ever just be happy with what we have?

When Walt conceived the idea of EPCOT, he envisioned a real community where people would work, live, and play. It sounds like a good idea at the surface, but when you look deeper into his plans, you may wonder if it really was a vision of optimism or a warning of things going too far.

In his original plans, he outlined a community that used top-down management to influence the way that people lived and worked, and especially an artificial separation of the two, and even encouraged a mass transit system despite his love of cars. Here again, his hobbies and conservative views conflicted with his idea of progress.

According to his proposal, there would have been a 30-story hotel as the focal point of the city and a 50-acre business and shopping district with buildings themed from cultures around the world all in a temperature controlled environment. While people wouldn’t have to deal with the sometimes harsh Floridian elements like hurricanes and pop up rain showers, they also couldn’t experience the joys of nature like birds, a fresh breeze, and natural water to name just a few.

While these plans never came to fruition, we can see some elements as part of Disney Springs in the indoor Marketplace Co-Op and Magic Kingdom’s Tomorrowland Transit Authority PeopleMover.

Walt first found success in films. His short film on nuclear power called Our Friend the Atom created for television in 1957 considered the positive attributes of atomic power rather than its destructive force.

Because of his love of science, he always found optimism in human ability to make good from bad.

One of his most popular films, 20,000 Leagues Under the Sea, was one of the most explicit warnings about the abuse of science and technology. This movie, released in 1954, is based on an expedition from New York to find and kill a sea monster. When the experts on board finally find the “monster,” they realize that it is actually a technologically advanced submarine constructed and powered by Captain Nemo who has exiled himself from civilization after his family apparently suffered at the hand of invading forces (showing Walt’s high regard for family). He insists that his sub remain a secret free from government control (a hint to Walt’s distrust of big government); as such, the experts are told that they can never leave. Through a series of events, Nemo falls deeper into depression at the loss of his family and eventually destroys the ship; as such, his captors have to find a way to escape what they later discover is a Maelstrom. It’s obvious that Nemo’s love of science and technology led to his demise and to the “adventure” on which his captors were taken.

This movie even inspired a very popular attraction in Magic Kingdom by the same name. While the journey started out just fine, riders encountered a giant squid along the way and the sub started experiencing problems. Eventually the sub was able to “surface” again (it never actually went under water) and everyone made it out safely.

Another movie warning of the dangers of science is Absent Minded Professor (1961) and its sequel Son of Flubber (1963) then the remake simply called Flubber in 1997. These movies had more comedic themes, but the professor lets his career and single-minded devotion to science take over his life while his personal relationships suffer.

Both of these Walt Disney films, and others not mentioned, show that there are certainly benefits of science but social norms have to be considered as well.

Unfortunately, the purveyors of science aren’t always the best judges of the consequences of their creations.

Do you think Walt Disney was conservative or liberal?