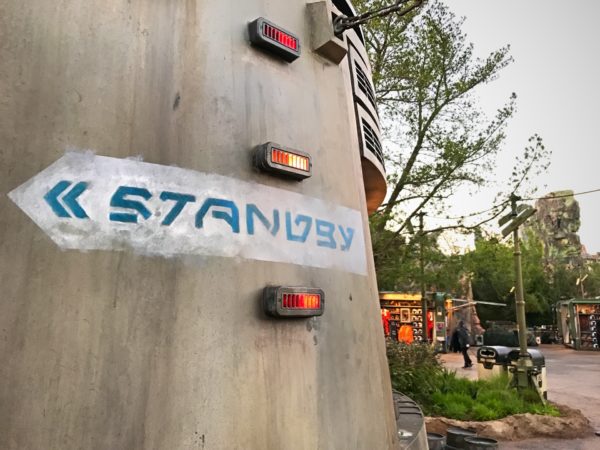 Disney’s Virtual Queue: Will It Finally Eliminate Waiting in Line?

What’s the longest you’ve ever waited in line for an attraction? It’s likely that you’ve waited hours considering that, even on a good (low crowd) day, wait times for popular attractions can creep well over an hour.

What’s the problem with this?

If you’re waiting in line, you’re not doing other things. Not only is that bad for you, but it’s also bad for Disney.  Why?  You’re not out in the parks enjoying other things and, more importantly, you’re not spending money on souvenirs and food. Long wait times lead to low guest satisfaction and lower profit for Disney.

So, when Disney introduced the virtual queue for Star Wars: Galaxy’s Edge, guests were understandably relieved. You could get in a virtual line, go enjoy other things, then come back when there was room for you in the land.

However, when Galaxy’s Edge opened, it didn’t initially draw the crowds that they expected. Looking back, we can now imagine that guests held off their visits and vacation until Rise of the Resistance opened.

When Rise of the Resistance opened, guests came in droves to experience this technologically advanced and immersive attraction! Wait times could have easily exceeded ten hours if Disney gave out FastPasses and allowed for a standby queue. Instead, for the first time ever, Disney used virtual queuing.

Such a system allows guests to arrive at the park, enter the virtual queue on either the MyDisneyExperience App or by visiting Guest Relations, and explore the rest of the park while waiting for their boarding group.

Even with the Virtual Queue, you can also still use your allotted three FastPasses and get more once those are used. Unlike traditional FastPass queues, the virtual queue doesn’t assign a specific return time, nor is there a standard queue. Instead, Disney sends a push notification through MyDisneyExperience, and you have time (two hours at Disney World, one hour a Disneyland) to join the physical line.

Virtual Queues: The Future of Waiting

Virtual queues are excellent for both Disney and its guests. Guests can eat, shop, and explore instead of waiting in line, which increases satisfaction. Disney benefits because you’re out doing these things and spending money instead of waiting in line. You also don’t have to worry about getting out of line to go to the bathroom or get sustenance.

The virtual queue is working very well for Rise of the Resistance, and there’s no end in sight. Disney could, theoretically, use the virtual queue for this attraction, which is 30 minutes long once you’re actually on the ride, indefinitely.

Disney might even work to further expand the idea of the virtual queue with the new Disney Genie app, which is supposed to come out in 2020.

However, while Virtual Queues have many benefits, the system is far from perfect.

First, your entire party has to be through the turnstiles and in the parks before you can join a boarding group. You cannot send a representative family member to get in line for the whole party because Disney requires everyone’s ticket to be scanned before they can be assigned a boarding group.

Also, you must either have the MyDisneyExperience app or visit Guest Relations to get in line.  Some folks still don’t use – or want – a smartphone.  They may feel like they are at a disadvantage.

Wi-Fi can be slow.  With so many people trying to do the same thing at once, the speed and connectivity could be even more affected.  The behind the scenes systems can slow down or even crash.

Still Hard To Get A Ride

Weeks after Rise of the Resistance opened to the public, it is still very difficult to get into a boarding group. Every day since opening, boarding groups have filled up within minutes of the park opening.  And even if you are successful at getting a group, there’s no guarantee that you’ll actually get to ride. If the ride is shut down temporarily for any amount of time, higher boarding groups are less likely to get a chance to ride.

Also, the virtual queue doesn’t eliminate waiting altogether. They call a range of boarding groups, and all of these people are standing in line at the same time. The wait is much shorter than it would otherwise be, though, and you’ll also get a chance to experience the very cool Rise of the Resistance queue.

With more new attractions opening in the near future (I’m looking at you, Mickey and Minnie’s Runaway Railway), it’s likely that Disney will use virtual queueing for other individual attractions. Even with all the downsides, there are a lot of benefits for everyone involved.

Should Disney work to eliminate standby lines and only use Virtual Queueing?