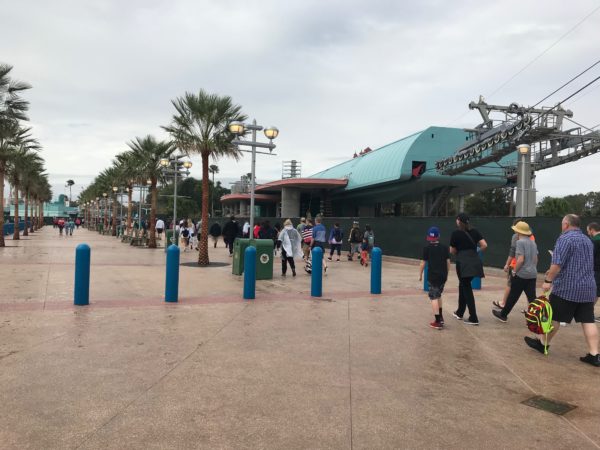 Disney has opened a new walkway from the bus loops to the entrance of Disney’s Hollywood Studios.

The bus shelters themselves are still under construction and resort buses load and unload from a temporary area. However, the opening of this new walkway marks another milestone of the transition of Disney’s Hollywood Studios and gives us a glimpse into the new way many guest will first experience the park.

Here is a video tour, exclusively posted on YouTube, what will provide you with a good sense of the walkway location, layout, and style:

Now let’s check out some photos of the area: