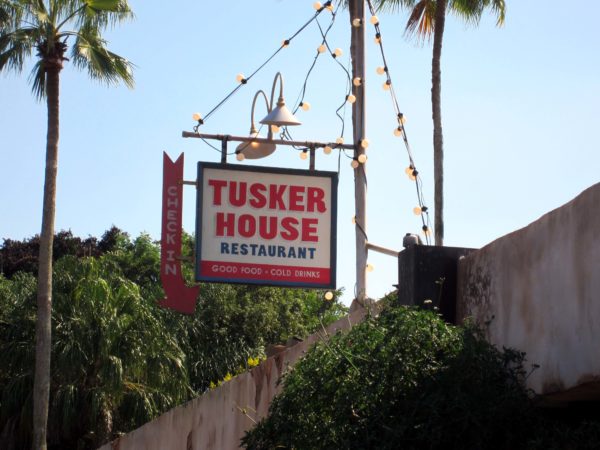 Disney Chefs are some of the top in the world. They are highly trained, very talented, and they love to help out Guests.

But many people who have dietary restrictions either by choice or necessity worry that eating in Disney World (or any theme park for that matter) will be difficult. At Disney World, this just isn’t true. There are excellent vegan and vegetarian restaurants.

These chefs can and will make accommodations whenever they can. All you have to do is ask! Today, we’re going to look at some incredible vegan dining options in Disney World, but they can accommodate virtually any dietary restriction you have.

Here are the five best vegan eats in Disney World.

Mickey Waffles are the quintessential Disney breakfast item, but they are often made with eggs and dairy products that are a no-no on a vegan’s meal plan. Fortunately, Disney has found a way to make delicious vegan waffles, which they serve with vegan butter and real maple syrup to round out the look, feel, and taste of waffles without the off-limit ingredients.

Almost every one of the Disney resort hotels serves a vegan version of the Mickey waffle, but some of the recipes vary. Some use Bob’s Red Mill Pancake and Waffle Mix alone while others combine Bob’s Mix with Namaste mix. Some even add in rice milk, canola oil, vanilla, or honey.

Locations include Landscape of Flavors at Disney’s Art of Animation Resort (which makes Nemo waffles not Mickey waffles), the nearby Disney’s Pop Century Resort, and all of Disney’s All-Star Resorts.

If you happen to be in the parks for breakfast, some Disney World restaurants also make them for their character breakfasts. Donald Duck and Friends join the breakfast fun at Disney’s Animal Kingdom‘s Tusker House Restaurant, Chip ‘n’ Dale host a Harvest Breakfast at Garden Grill in Epcot‘s Future World, Winnie the Pooh and Friends are guests of honor at Magic Kingdom‘s Crystal Palace, and Disney Junior characters entertain the little ones at Hollywood and Vine in Disney’s Hollywood Studios.

Just outside of the International Gateway at Epcot is Disney’s Boardwalk where Trattoria al Forno serves breakfast and romance at the Bon Voyage Adventure Breakfast.

Tusker House Restaurant serves more than just vegan Mickey waffles though. This buffet-style restaurant is open for lunch and dinner too where there are lots of African-inspired vegan dishes like collard greens, samosas, roasted potatoes, and hummus just to name a few.

This fun, colorful Harambe marketplace is a character meal all day long, so you don’t have to rush to the park to meet Donald. He’ll be there for every meal! You’ll feel like you’ve stepped into Africa not only with the theming but also the food. Plus, the buffet-style meal accommodates diners of all diets. If you are dining with carnivores, they’ll find plenty to eat too!

One of the best forms of vegan protein is tofu, and Disney uses a lot of it. A favorite tofu dish in Disney World, by many vegan’s standards, is the Miso-Glazed Tofu at Disney’s Grand Floridian Café.

This delightful café is simple with a lovely Victorian charm. They serve a variety of salads, soups, and sandwiches for lunch and more hearty options like chicken, steak, and pasta for dinner but one of the best dishes is their Miso-glazed Salmon served with lemon sticky rice, French beans, wasabi peas, and ginger-soy vinaigrette.

This dish can easily be made with tofu when it is substituted for salmon.

When you visit Disney’s Port Orleans French Quarter, you are transported to an immersive Mardi Gras celebration, and what’s Mardi Gras without the delicious beignets? You don’t have to deprive yourself of this mouth-watering treat because of your dietary choices though.

Sassagoula Floatworks and Food Factory will make these sweet treats from deep-fried choux pasta- all you have to do is ask! You will have to wait a little bit because they’re made to order. You can get three or six beignets with caramel, raspberry, or chicory coffee ganache dipping sauce!

The always-popular Dole Whip is also dairy, gluten, and soy free, so it covers most  dietary restrictions. This creamy soft serve frozen dessert is made a variety of ways at a few different locations in Disney World including Tamu Tamu in Disney’s Animal Kingdom, Pineapple Lanai at Disney’s Polynesian Resort, and, probably the most popular, Aloha Isle in Magic Kingdom’s Adventureland.

Have you eaten vegan at Disney World?  How did it go?