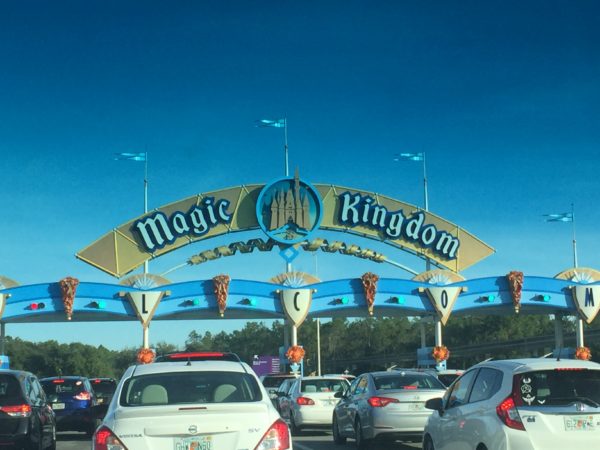 Disney World recently filed a permit with Orange County to install a variable sign at the Magic Kingdom Toll Plaza. What does that mean for our beloved Magic Kingdom sign that even appears on Google Maps?

Well, the permit says that Disney will add a variable sign, but it doesn’t say that the current sign will be removed. We also don’t know where or when the sign will actually be installed.

What we do know is that such variable signs can be very helpful for traffic. Considering that thousands of cars enter Disney World at the Magic Kingdom sign every day to either park at the Transportation or Ticket Center or access the park. Plus, Disney buses heading to Magic Kingdom also enter here.

A variable sign at this location could advise drivers about parking information, park hours, or even special event information or hours like Mickey’s Not So Scary Halloween Party or Mickey’s Very Merry Christmas Party or really anything else Disney wants drivers to know.