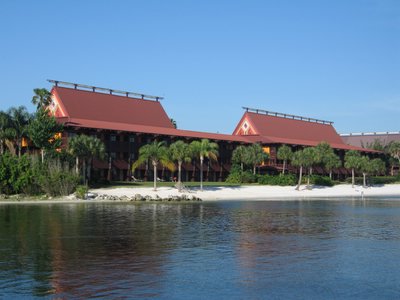 Vacation Club Coming To The Polynesian

Disney is going to once again expand its stable of Disney Vacation Club locations by adding new units at Disney’s Polynesian Resort.

The Polynesian (affectionately known as the “Poly” by some fans) was the very first resort that opened on Disney World property – beating its neighboring hotel, Disney’s Contemporary Resort, to open by just a few hours.

The Vacation Club units at the Polynesian will represent the ninth location at Walt Disney World and the thirteenth property overall.

Disney announced that construction has actually already begun (although I’m not sure quite where), and would be complete in 2015.

With the addition of DVC units at the Polynesian, all three resorts on the Magic Kingdom monorail loop will now host vacation club locations, including Bay Lake Tower at Disney’s Contemporary Resort with approximately 300 units and the Villas at Disney’s Grand Floridian Resort and Spa with approximately 150 units. The units at the Grand Floridian are set to open on October 23, 2013 and are nearing completion now.

Disney did not announce how many DVC units it would add at the Polynesian. According to the Polynesian fan site, Tikimanpages.com (caution:  this page auto-plays luau music), Disney will not be putting up new buildings, but, instead, will be converting about 150 rooms in the Tahiti section from standard hotel rooms to DVC rooms. Disney recently filed plans with the South Florida Water Management District for a rehab project at the resort that described new parking, walking paths, landscaping, and perhaps most interestingly “the installation of pilings along the neighboring lagoon that will support future structures”. Some believe this infrastructure will eventually support twenty beach-bungalows built over the water in the lagoon, as you might see in Bora Bora.

In addition to the DVC work, Disney also announced that it would upgrade other areas at the Polynesian, but it did not provide details on that work.

Do you think adding Vacation Club at the Poly is a good idea?