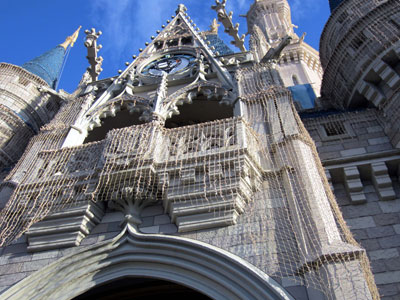 When you mention MyMagic+ to Disney fans, you get varied reactions: some people don’t like the idea of planning too much of their vacation in advance. Others welcome the structure that the project will provide – not to mention the fact that they might finally be able to get a FastPass for Toy Story Mania without having to arrive the moment Disney’s Hollywood Studios opens and then make a run for the FastPass machines.

More and more information is coming out about NextGen, and Disney said that the roll out should be complete by the end of the year. Much is still unknown, but each week we get new insights.

As the roll out of MyMagic+ gets closer, Disney has made a few interesting changes that provide a few more clues as to what we might expect for the roll out of the $1 billion NextGen project:

Disney has assigned the management of MyMagic+ to the President of Disney World, George Kalogridis. Mr. Kalogridis is now responsible for the final development, testing, and roll out of this massive project at Walt Disney World.

Since 2009, the project was managed by the “Walt Disney Parks and Resorts’ Executive Vice President For Next Generation Experience.” How’s that for a job title? And who had the job? Nick Franklin, who was also a member of the Disney Parks Executive Committee.

Disney announced that Mr. Franklin will now shift his focus to “future development efforts,” which might mean that he now has to figure out how to take NextGen to the next level since the roll out at Walt Disney World is nearing its completion.  Mr. Franklin might also have the job of making sure that Disney gets the best payback possible from the $1+ billion they have spent on this project.

So what does this shift in ownership for this mega-project really mean?

It could mean that things are going pretty well. It could mean that the person who will ultimately be responsible for the ongoing management and operation of MyMagic+, the President of Disney World, now owns it completely. He now has skin in the game to make it successful in a way that will not only get the project done but will allow the project to operate smoothly on a day-to-day basis after the implementation of the project is complete.

It could also mean that Disney will look for new ways to leverage all the money and technology they have already invested, from ideas like using “big data” to analyze and figure out how to profit from all the information they are collecting to potentially making plans to roll out the technology at other Disney parks around the world.

In separate but related news, Disney will start testing MyMagic+ for guests staying at the Walt Disney World Swan and Walt Disney World Dolphin Resorts. This testing will take place from November 4, 2013 through January 12, 2014.

This will be the first test of the new technology with people who aren’t staying at a Disney Resort Hotel.

These changes – no MagicBands and having to make only same-day FastPass+ reservations – are pretty big differences.

Or does this just mean that Disney is just testing a different combination of elements as part of the overall testing process?

Should Disney offer advanced FastPass+ scheduling for all guests?