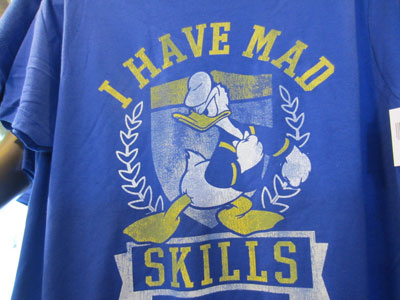 The executives who run the Universal Studios theme parks, which are part of the media giant Comcast, are vowing to take market share and business away from their cross-town competitors at Walt Disney World.

Sources report that the Chief Executive Officer of Comcast, Brian Roberts, told analysts during a meeting in Las Vegas in early January that the company would “double down” on its theme park business.

The head of Universal revealed that the company had a low percentage of the theme park market and that it wanted more.

Shortly after the acquisition of Universal theme parks during the purchase of NBCUniversal in 2009, industry experts expected Comcast to sell the parks, but hat didn’t happen.  In fact, Comcast has grown their business, especially through the very popular, and very profitable, Wizarding World of Harry Potter.

When measured by attendance, Universal Parks & Resorts is now the third largest set of theme parks worldwide. Universal hosted about 36 million people in 2013. That’s behind the number two operator, the United Kingdom’s Merlin Entertainments Group which hosted about 54 million visitors in 2013. It’s also far behind Walt Disney, the leader by a mile with 2013 attendance estimated at 126 million.  Disney’s attendance numbers are more than three times those of Universal, for those who are keeping score.

Universal saw a big bump in attendance and income in 2010 when it opened the Wizarding World, and is looking for another big bump when it opens the highly anticipated Diagon Alley in the summer of 2014.

Universal is also building a huge new hotel, the retro-themed Cabana Bay Beach Resort (which will be modeled after the mid-century architectural style popular in the 1950s and 1960s). It is expected to open its 1,800 hotel rooms shortly, which will bring Universal Orlando’s total to about 4,200. That too pales in comparison to Disney, which operates 26,000 hotel rooms in Orlando.

Universal has big ambitions. It says they could support as many as 15,000 hotel rooms. It’s hard to say where they would put these new hotels with their limited space for expansion, but Universal thinks they could fill them up with tourists.

We might just be talking about these topics more in the future.

Disney has big plans for expansion too with the planned Avatar Land at Disney’s Hollywood Studios and rumors about a Star Wars land too.  However, Disney has never had a serious competitor in the Orlando theme park competition. Now, increasingly, Universal has the talent, characters, money, and ambition to take on Disney.

Should Disney be worried about competition from Universal?